German side Borussia Dortmund are keeping close tabs on Arsenal striker Olivier Giroud, according to SkySports. 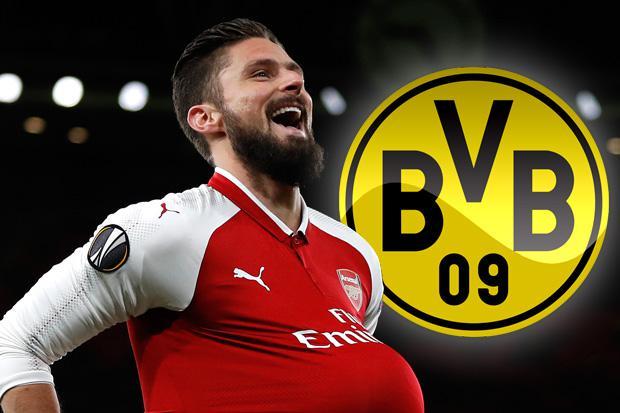 The reports claimed that the German side are strongly keeping tabs on French striker Olivier Giroud who has fallen out of favour at the Emirates Stadium.

Since the arrival of Alexandre Lacazette, Giroud has not been able to get enough time on the field. Giroud have scored 4 goals in 15 appearances in the Premier League so far this season.

The reports have also suggested that Arsenal’s interest in Dortmund striker Pierre-Emerick Aubameyang, this could mean that Arsene Wenger could be hoping to do a swap deal with some extra cash for the Gabon international.

The reports also claimed that Dortmund could be willing to sign Giroud on a loan deal for the remainder of the season.

Arsenal boss Arsene Wenger is reportedly not interested in selling him in the January transfer window.

What are your thoughts on this move?
Have your say below.