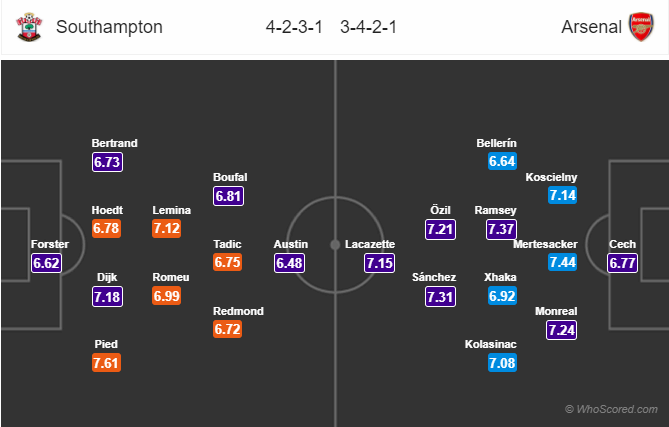 Team News:
Southampton
Southampton have only Cédric Soares and Shane Long on the sideline through injury, both are doubtful for this clash.
Jérémy Pied has returned from injury and is likely to feature against the Gunners.
Mario Lemina and Nathan Redmond both are eyeing for a spot in the starting eleven.

Arsenal
Arsenal defender Shkodran Mustafi is doubtful through an injury, while long term absentee Santi Cazorla remains on the sideline.
Per Mertesacker was rested in the recent Europa League game, he could be starting on the weekend.
Arsene Wenger is unlikely to make any other changes as compared to last league game against Manchester United

Prediction:
Southampton 1 – 1 Arsenal, a tough game despite the home side are not in good form. Alexis Sanchez likely to break the dead lock for the Gunners.