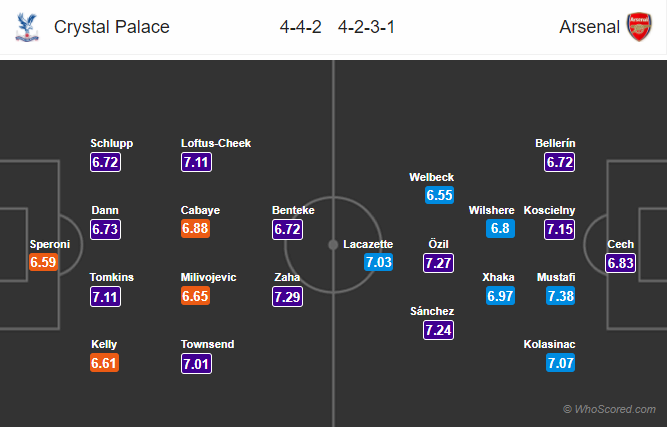 Team News:
Crystal Palace
The home side will welcome Christian Benteke as he returns from suspension, he will be taking the front role in the starting eleven.
Boss Roy Hodgson has five players on the sidelines through injury, including Mamadou Sakho and Connor Wickham.

Arsenal
Shkodran Mustafi returned from injury last week and featured from the bench against Liverpool. He is likely to take a starting role this time.
Sead Kolasinac likely to return at the left-back role.
Arsene Wenger could be making changes to the lineup, Danny Welbeck likely to replace Alex Iwobi after his poor display against the Reds.
Olivier Giroud remains out through injury.

Prediction:
Crystal Palace 1 – 1 Arsenal, Alexis Sanchez to score equalizer for the visitors in the final quarter of the game.