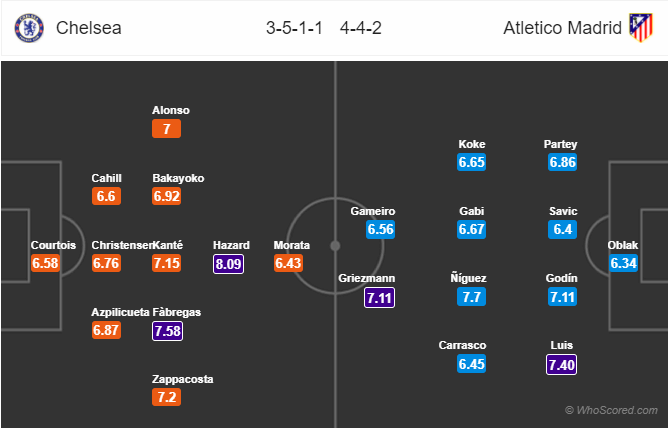 Team News:
Chelsea
Chelsea will remain without David Luiz, Kenedy and Michy Batshuayi for this big Champions League game.
Gary Cahill and Tiemoue Bakayoko both were rested on the weekend, they will be back to starting lineup.
Davide Zappacosta is also likely to start on the right wing-back.
Willian and Pedro both are eyeing for a start, but boss Antonio Conte may be sticking with the same 3-5-1-1 formation.

Prediction:
Chelsea 1 – 2 Atletico Madrid, a win for the visitors but it does not guarantee them second spot as it depends on Roma vs Qarabag match result.