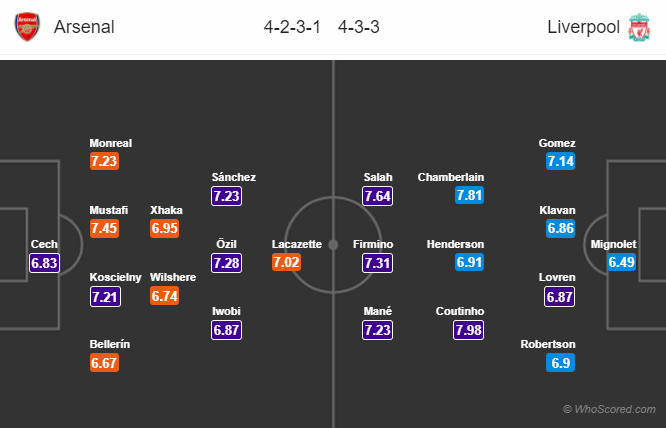 Team News:
Arsenal
Shkodran Mustafi has returned to full fitness, he is likely to start against the Reds.
Aaron Ramsey still on the sideline through injury which means Arsene Wenger could start with four players at defense, Nacho Monreal to start on the left-back role.
Alex Iwobi and Danny Welbeck both are eyeing for a starting spot.
Olivier Giroud is out through a hamstring injury picked earlier this week, while Francis Coquelin is doubtful.

Liverpool
Liverpool had a full week to prepare for this game as they were knocked out from the League Cup earlier this season.
Jurgen Klopp is likely to start with a similar lineup as of last weekend game against Bournemouth.
Joel Matip could start at the heart of defense after returning to training earlier this week.
Alex Oxlade-Chamberlain will face Arsenal for the first time since his late move to Anfield side last summer, he could get a starting berth.
Daniel Sturridge remains out through illness.
Adam Lallana also returned to first team action, he could get few minutes here.