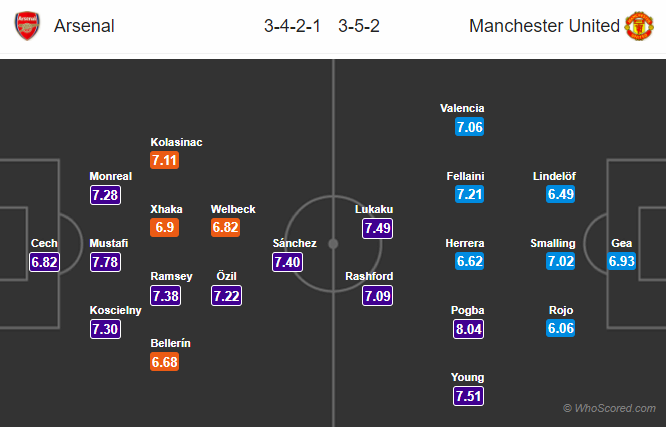 Team News:
Arsenal
Alexandre Lacazette has joined the sidelines with afresh groin injury picked up in the midweek. Danny Welbeck, Olivier Giroud or Alexis Sanchez are likely to start upfront.
Alex Iwobi is doubtful for this game with a leg injury.
Arsene Wenger is unlikely to make any big changes as compared to last game.
Laurent Koscielny had a tough season, now he is back to full fitness and likely to start against the Red Devils.

Manchester United
Nemanja Matic suffered an injury against Watford few days ago, he will be out for the next few weeks.
Marouane Fellaini is expected to return to partner Ander Herrera and Paul Pogba in the midfield.
Henrikh Mkhitaryan’s form has taken a U-turn, he is likely to settle on the bench.