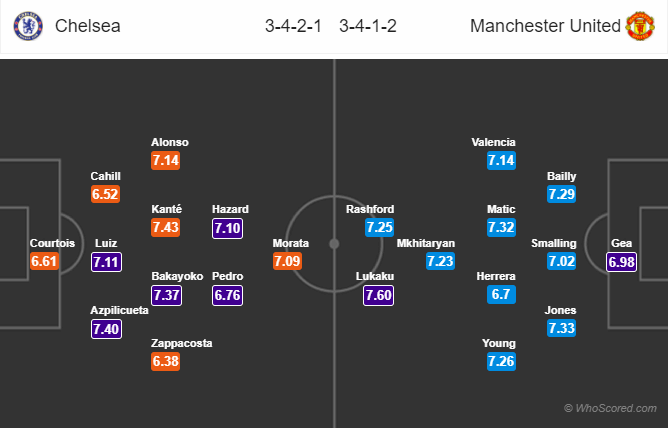 Team News:
Chelsea
N'Golo Kante is likely to be back against Manchester United after missing out Champions League game against Roma.
Victor Moses is the only injury concern for boss Antonio Conte.

Manchester United
Michael Carrick, Paul Pogba and Marcos Rojo all have returned to training but are lacking match fitness.
Zlatan Ibrahimovic and Marouane Fellaini remain on the sideline through injury.
Jesse Lingard has returned but is a doubt for this game.
Jose Mourinho is likely to start with the similar lineup as of last weekend win over Tottenham.

Prediction:
Chelsea 2 – 1 Manchester United, Alvaro Morata to score for the home side.