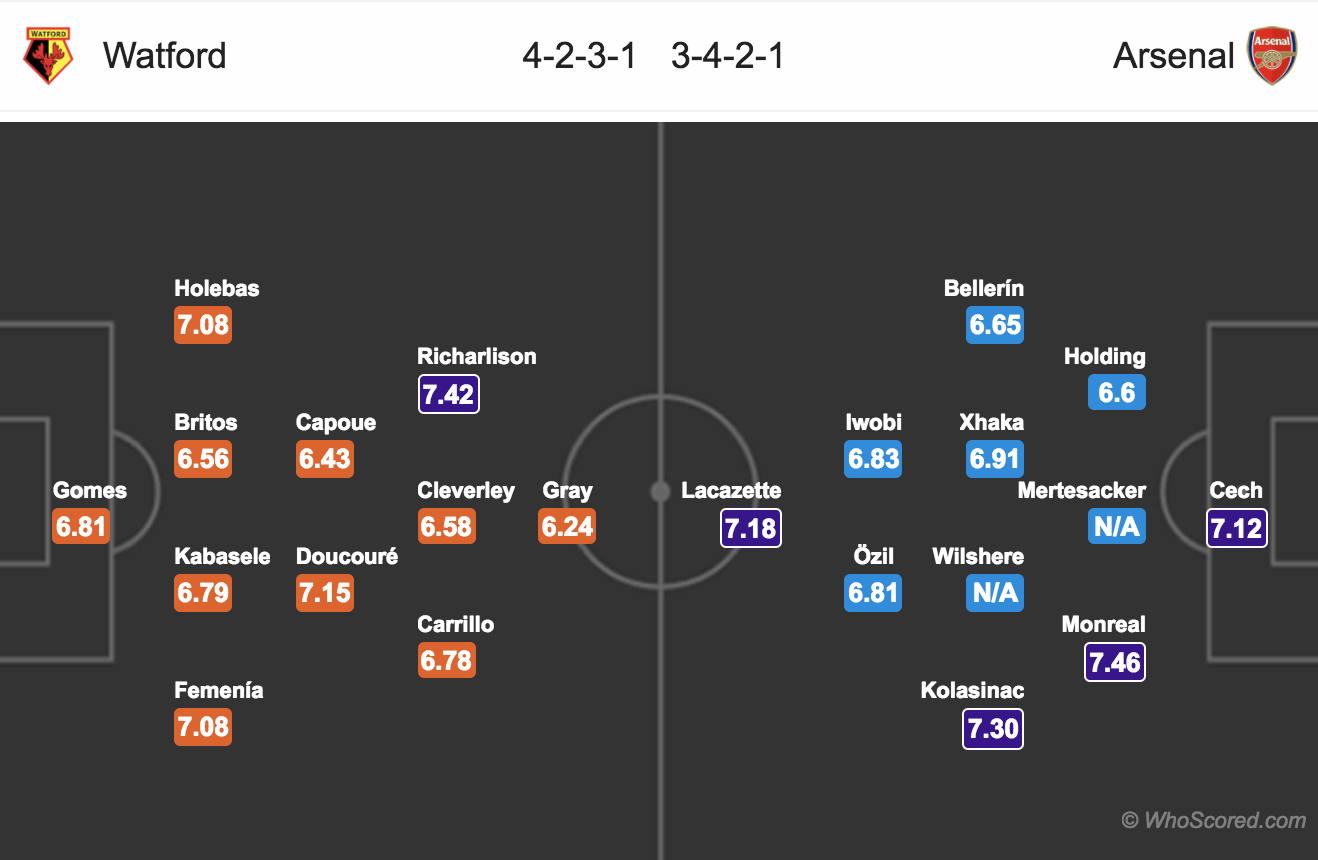 Team News:
Watford:
Manager Marcos Silva will remain without several star players ahead of this big game against Arsenal.
Younes Kaboul and Younes Kaboul are both likely to return in the next few weeks.
Andre Gray, Roberto Pereyra and Miguel Britos all will be recalled to the starting lineup.
Andre Carrillo will undergo a late fitness test, he is having a minor injury.

Arsenal
Shkodran Mustafi picked up a thigh injury during the international break. The good news for Arsene Wenger is that Laurent Koscielny is back after missing last two games.
Sead Kolasinac is doubtful through injury.
Alexis Sanchez will be returning to club football after failing to qualify for the World Cup.
Mesut Ozil and Danny Welbeck both are back to full training, they are likely to get a name in the starting eleven.
Theo Walcott, Alex Iwobi and Jack Wilshere are all eyeing to get a chance at the Vincarage Road.

Predictions:
Watford 1 – 2 Arsenal, Alexis Sanchez to score for the visitors.