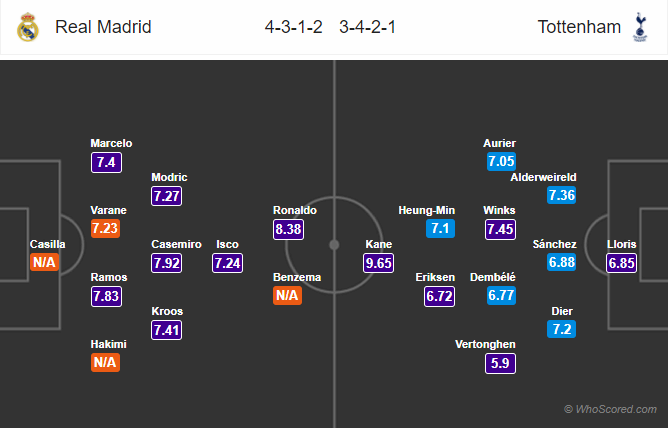 Tottenham
Mauricio Pochettino would be starting with the strongest lineup.
Dele Alli is suspended for this game while Jan Vertonghen returns from suspension. The return of the Belgium would give a big boost as both Danny Rose and Ben Davies are out through injury.
Mousa Dembélé is doubtful through an injury.
Erik Lamela and Victor Wanyama remain long term absentees.
Georges-Kevin Nkoudou has been ruled out after picking up injury in a Premier League game against Bournemouth last weekend.

Predictions:
Real Madrid 2 – 1 Tottenham, the home side are likely to dominate the game.