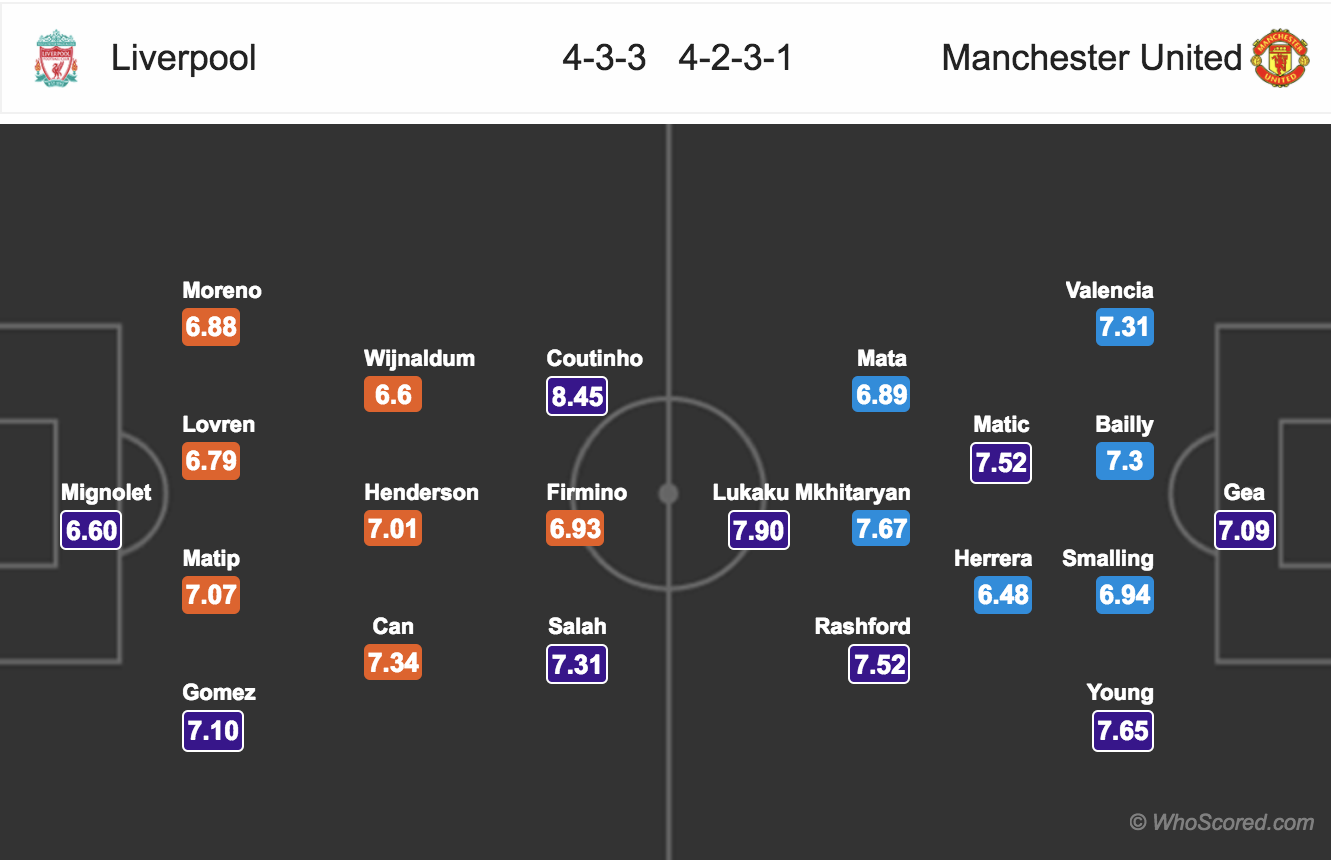 Liverpool
Liverpool will be without Sadio Mane who picked up a hamstring injury while playing for Senegal. He is expected to be out for 6 weeks.
Dejan Lovren is doubtful through a knee injury. Ragnar Klavan will be starting at the heart of defense alongside Joel Matip.
Adam Lallana and Nathaniel Clyne remain long term absentees.
Trent Alexander-Arnold is likely to start ahead of Joe Gomez at the right-back role.

Manchester United
Marouane Fellaini is out for three weeks through a knee injury he picked up during international duty.
Michael Carrick remains doubtful through injury while Paul Pogba is out with a hamstring injury.
Romelu Lukaku has been declared fit despite of having minor issues in the recent week.
Phil Jones was withdrawn from the England squad due to a minor knock, he is expected to miss this big game.
Marcos Rojo and Zlatan Ibrahimovic remain the long term absentees.
Anthony Martial and Marcus Rashford will be fighting to get a place in the starting eleven.


Columinst: Junaid Effendi, is the Chief Editor at Football News Guru. He writes match preview and report of all big games. See all his articles.
Follow him: