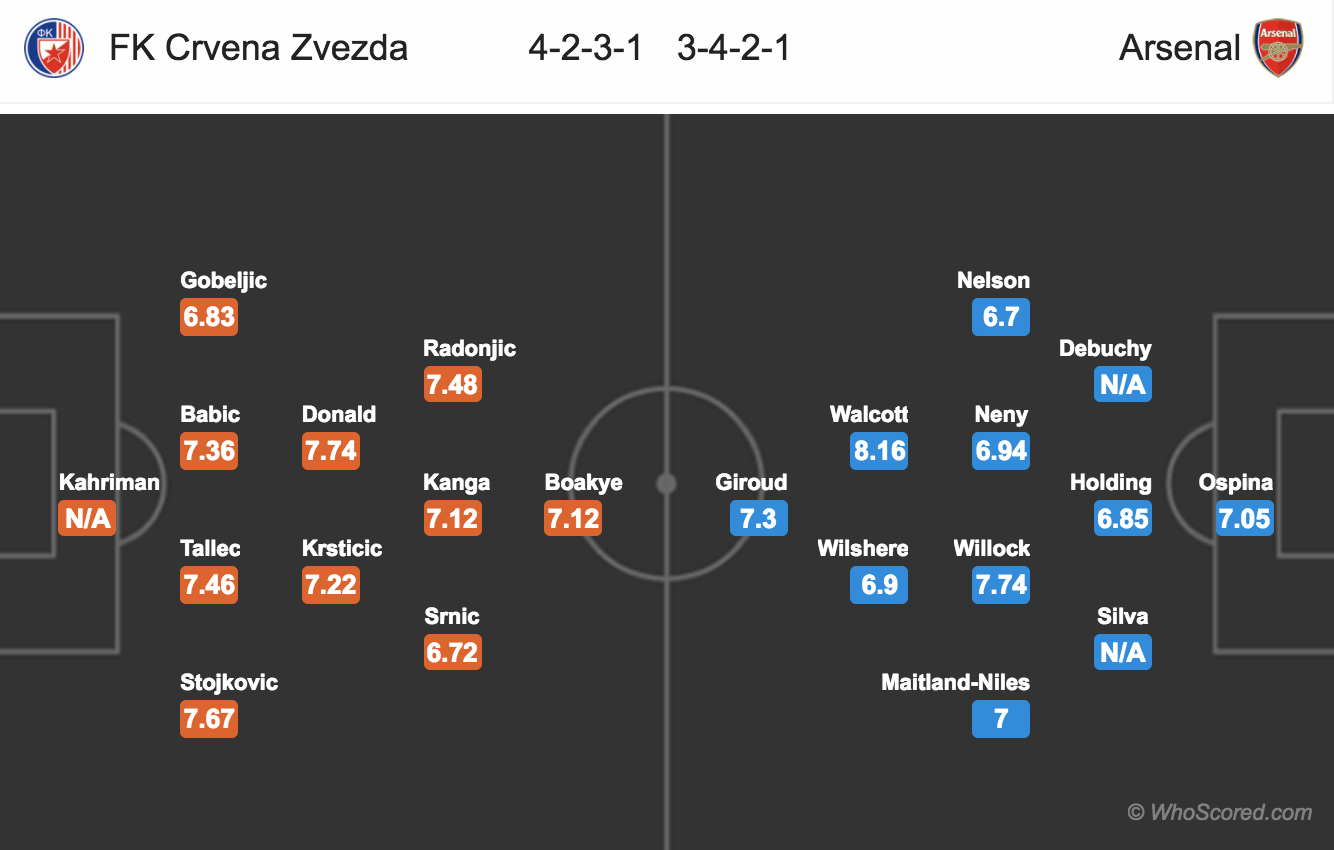 Team News:
FK Crvena Zvezda
Goalkeeper Milan Borjan will miss this big game through injury, Damir Kahriman will take the starting place.
Milan Rodic, Branko Jovicic and Vujadin Savic all remain on the sideline through injury.
Srdjan Babic and Damien Le Tallec are likely to partner at the heart of defense.

Arsenal
Danny Welbeck and Laurent Koscielny are both doubtful through an injury which they picked against Watford last weekend.
Francis Coquelin, Calum Chambers and Shkodran Mustafi all remain on the sideline through injury.
Arsenal boss Arsene Wenger will be rotating the squad, Olivier Giroud, Theo Walcott and Jack Wilshere all are likely to get a start.

Prediction:
FK Crvena Zvezda 1 – 4 Arsenal, the home side will be giving tough time to the Gunners. Olivier Giroud likely to score a goal.