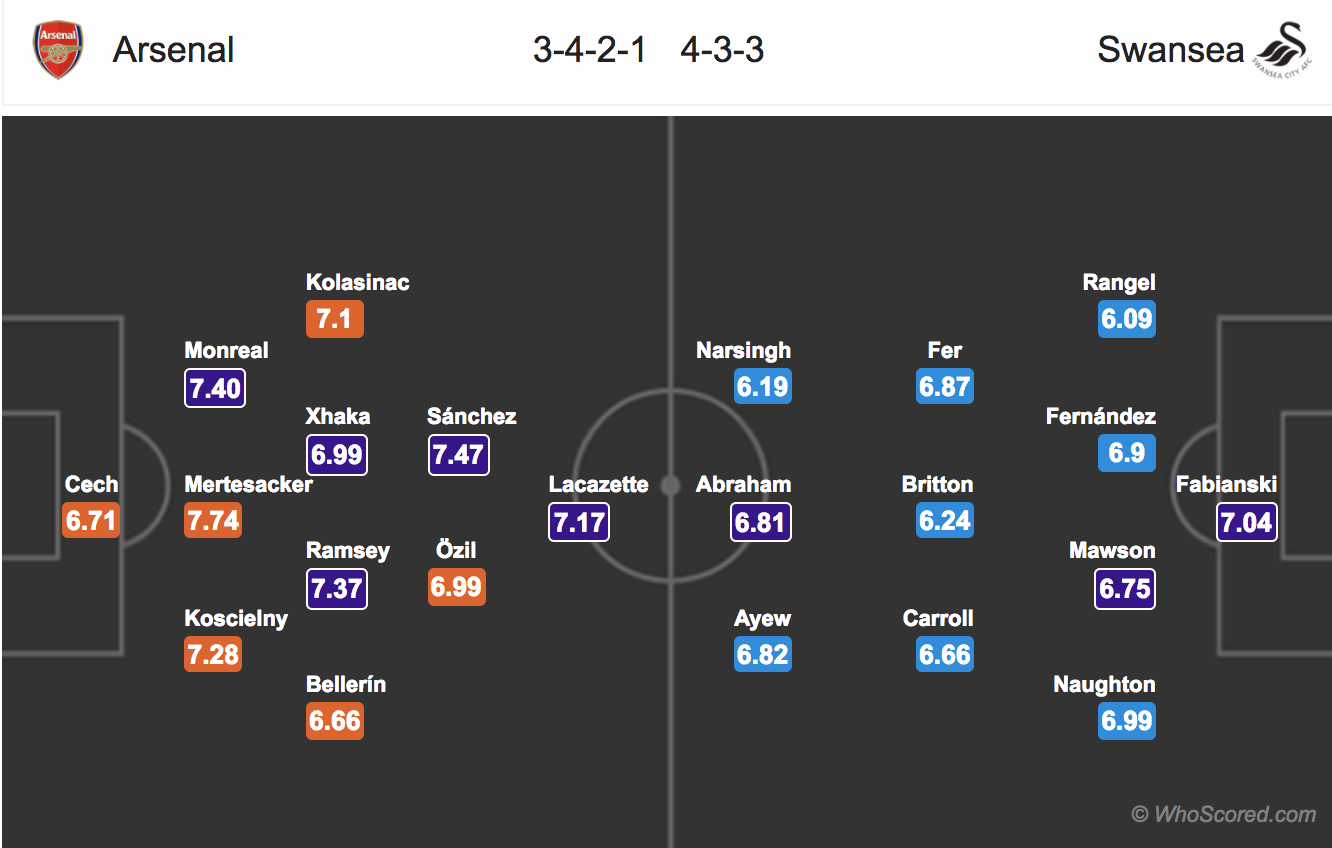 Team News:
Arsenal
Arsenal manager Arsene Wenger will host Swansea City without any fresh injury concerns.
Santi Cazorla, Shkodran Mustafi and Danny Welbeck remain out through injury.
Calum Chambers has returned to training but is not fit for first team action.
David Ospina is still out, he is expected to return next week.
The French boss is likely to start with a similar lineup as of last weekend that won 5-2 against Everton.

Swansea City
Swansea City will be without four players Renato Sanches, Martin Olsson, Kyle Bartley and Wilfried Bony.
Olsson picked up a hamstring injury in the midweek.
Angel Rangel would be taking the right back role, which means Kyle Naughton will move to the left side of defense.

Prediction:
Arsenal 2 – 1 Swansea City, Alexis Sanchez to score an opener for the home side.