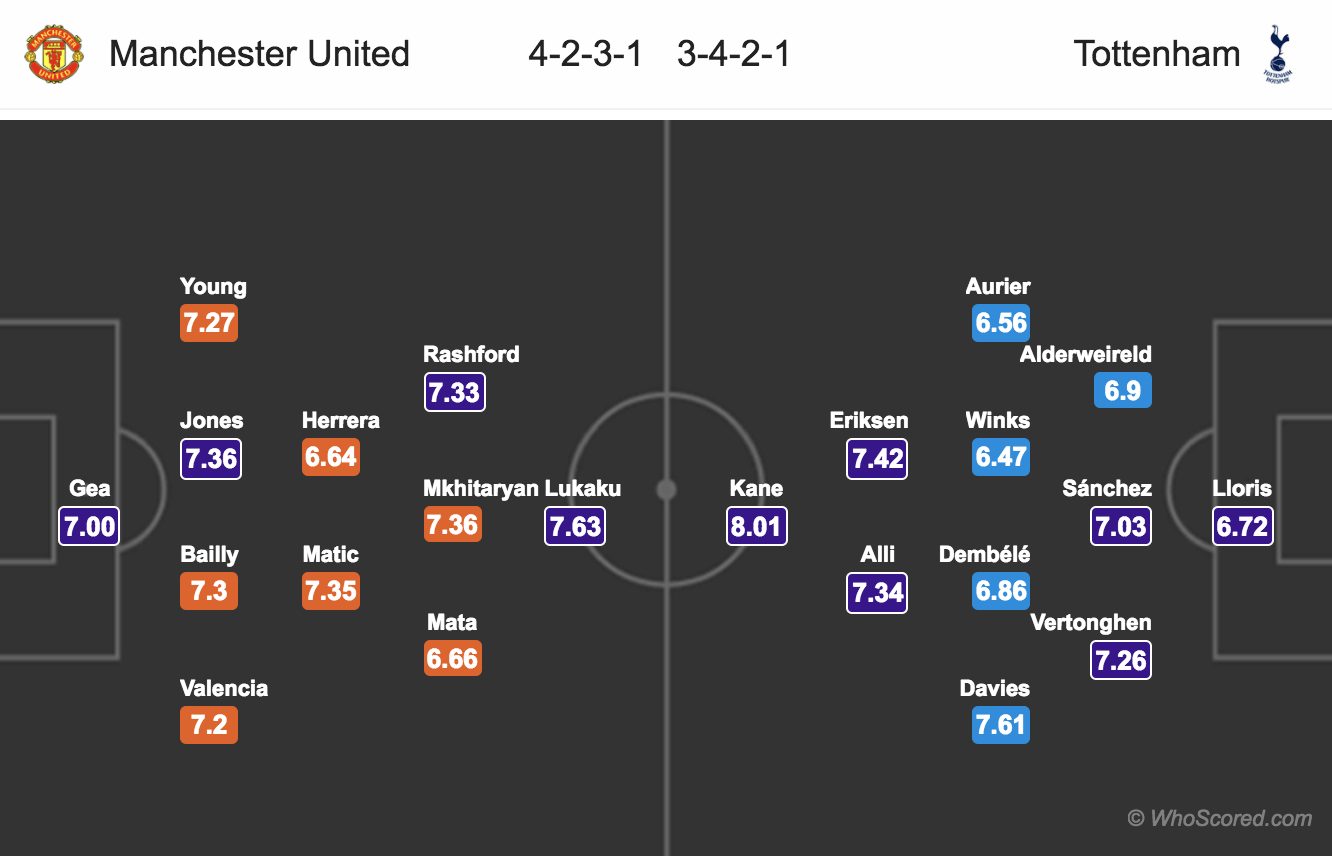 Team News:
Manchester United
Manchester United will welcome back duo defenders Eric Bailly and Phil Jones this weekend.
Paul Pogba is still on the sidelines, which means Nemanja Matic and Ander Herrera will start at the midfield. Herrera picked up a minor knock but is expected to be fine.
Marcos Rojo has returned to training but is not ready for first team action.
Maraoune Fellaini, Zlatan Ibrahimovic and Michael Carrick all remain on the sideline through injury.

Tottenham
Spurs duo Danny Rose and Mousa Dembele are back from injury recently. They both featured in the League Cup game against West Ham.
Harry Kane will return to the lineup after resting in the midweek.
Victor Wanyama and Erik Lamela both remain out through injury.

Prediction:
Manchester United 1 – 1 Tottenham.
Jose Mourinho will be applying the defensive strategy as he used against Liverpool few weeks ago.
Harry Kane likely to score for the visitors.