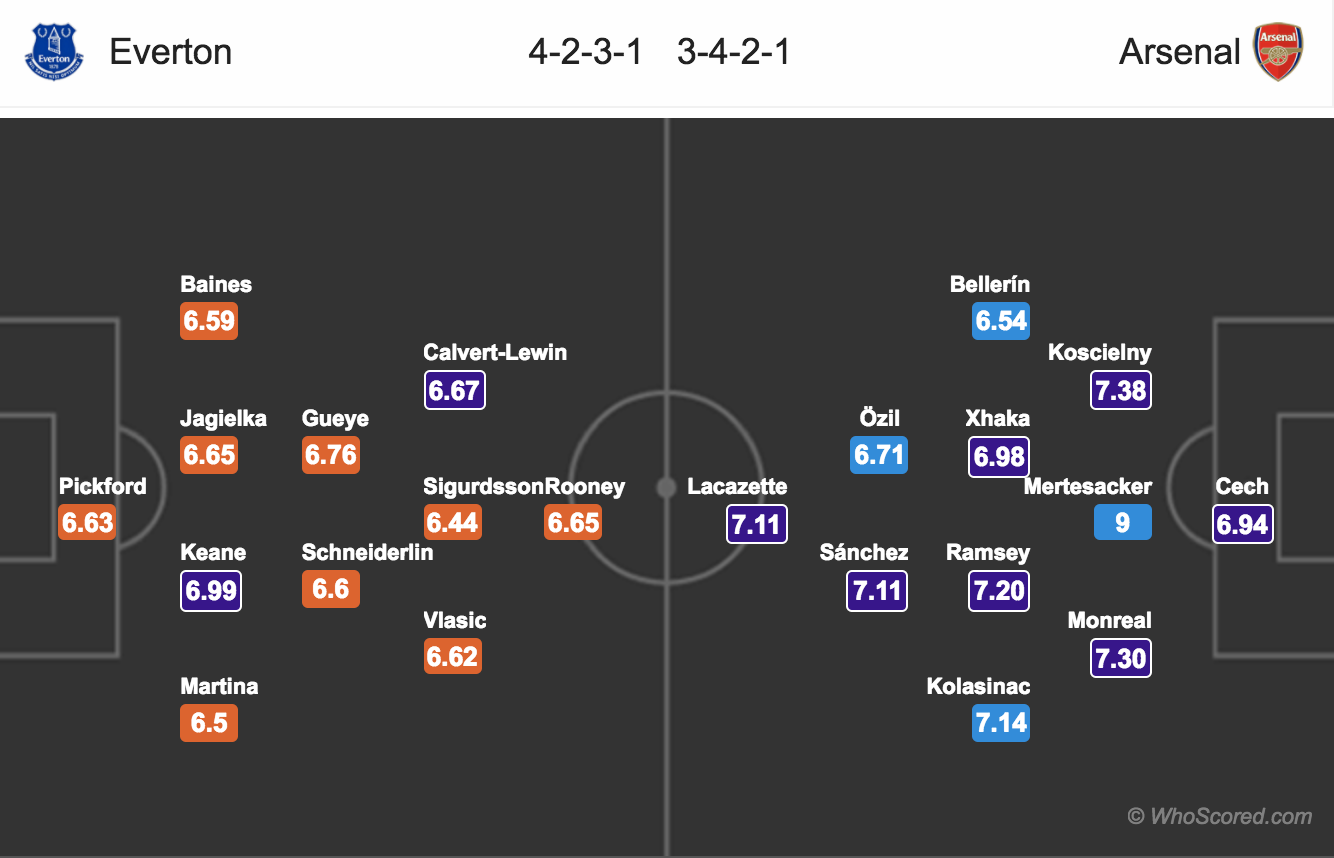 Team News:
Everton
Morgan Schneiderlin is doubtful after picking up an injury against Lyon in the midweek, manager Ronaldo Koeman is hoping for his return.
Wayne Rooney, Leighton Baines and Phil Jagielka all will return to action after resting missing out the midweek game.
James McCarthy is likely to return back to first team action after missing out several months.

Arsenal
Arsenal boss Arsene Wenger will have to deal with several injury concerns ahead of Goodison Park trip.
Shkodran Mustafi, Calum Chambers and Danny Welbeck all remain on the sideline through injury.
Laurent Koscielny is expected to return from muscle injury.
Aaron Ramsey and Alexis Sanchez both missed the last Premier League game against Watford through injury, they are likely to be back in the starting eleven.
Jack Wilshere returned to first team action in the recent games, he has impressed the boss and could get another start.

Prediction:
Everton 1 – 1 Arsenal, a tough and an entertaining game.