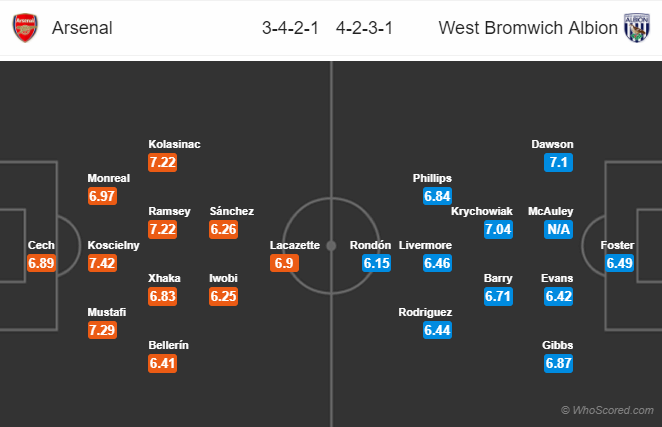 Team News:
Arsenal
Arsenal boss Arsene Wenger will recall several players for this game after resting them out in the midweek League Cup game against Doncaster.
Jack Wilshere played full game after three years for Arsenal in the midweek but he is not expected to start against West Brom.
Calum Chambers and Theo Walcott are ruled out for this game through injury.
Danny Welbeck is out with a groin injury, while Mesut Ozil is doubtful with a knee problem.

West Bromwich Albion
Jake Livermore has returned to training but is lacking match fitness.
Trio Oliver Burke, Nacer Chadli and Chris Brunt are doubtful through injury.
Gareth McAuley made an impressive full debut this season in the midweek game against Manchester City, he is likely to get another start.
Kieran Gibbs will face his former side for the first time since his move.

Predictions:
Arsenal 2 – 1 West Brom, Alexandre Lacazette to score for the home side.