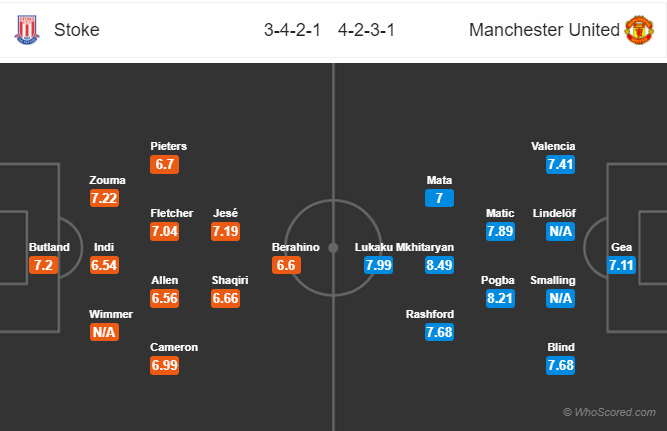 Team News:
Stoke City
Stoke City center-back Ryan Shawcross is out through a back injury, while Kevin Wimmer is likely to start at the heart of defense.
Darren Fletcher and Mame Biram Diouf both are doubtful through a knee injury.
Kurt Zouma is recovering from an ankle problem, he will be assessed later.
Eric Maxim Choupo-Moting is out through a hamstring injury which would see Saido Berahino or Peter Crouch in the strike role.

Manchester United
Man United boss Jose Mourinho could make some changes as they will be opening their Champions League account next week.
Phil Jones and Eric Bailly both are suspended for the Champions League game, this means they are likely to start in this game.
Zlatan Ibrahimovic and Marcos Rojo both remain on the sideline.
Ashley Young and Luke Shaw both are recovering from their respective injuries. They both are likely to be back in few weeks.