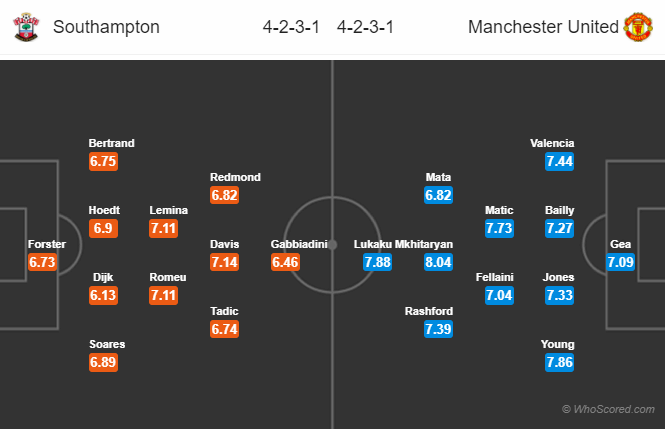 Team News:
Southampton
Star center-back Virgil van Dijk is set to return to first team action, he has recently returned from his injury.
Pierre-Emile Højbjerg missed last game due to birth of his child, he is likely to return to the starting lineup.
Charlie Austin has returned to training after missing last game, he could be getting few minutes.

Manchester United
Manchester United will recall first team star players Romelu Lukaku, Nemanja Matic, Henrikh Mkhitaryan, Eric Bailly, David De Gea and Antonio Valencia, all were rested in the midweek League Cup game.
Luke Shaw made his first appearance in the midweek, but is not expected to take part against his former side.
Marcus Rashford picked up a minor knock against Burton, he is doubtful. Anthony Martial could be used in his absence.
Paul Pogba, Marcos Rojo and Zlatan Ibrahimovic all remain on the sideline through injury.

Predictions:
Southampton 1 – 1 Manchester United, a tough game for the visitors despite of their exceptional form so far this season.