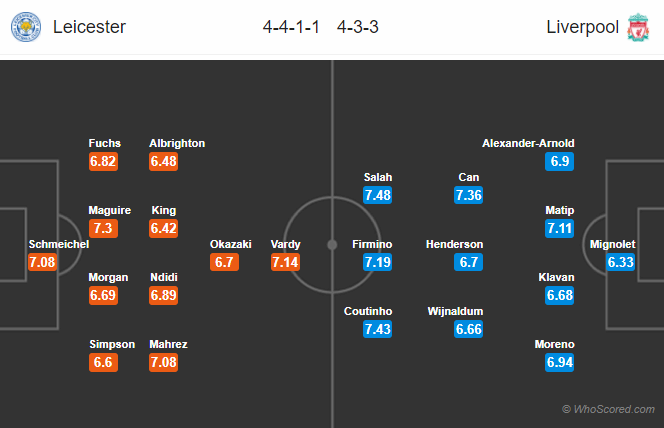 Team News:
Leicester City
Adrien Silva is ineligible to play against Liverpool, while Christian Fuchs and Jamie Vardy are both doubtful through injury. The later is likely to return from his muscle injury.
Robert Huth is back in training but is lacking match fitness, Vicente Iborra could be starting at the heart of defense.
Shinji Okzaki who scored the goal in the League Cup is likely to get a start.
Matty James remains the long term absentee for the Foxes.

Liverpool
Liverpool remain without star attacker Sadio Mane who will serve his final game ban this weekend.
Dejan Lovren remain out with a back injury, while Emre Can and Joel Matip are both doubtful through minor injury.
Philippe Coutinho is likely to get another start, he was substituted in the half time in the midweek clash.
Alex Oxlade-Chamberlain has been struggling with a calf problem, he could start from the bench.
Nathaniel Clyne, Adam Bogdan and Adam Lallana all remain long term absentees for the Reds.
Danny Ings could get few minutes in this game after coming on in the League Cup game from the bench.

Predictions:
Leicester City 1 – 3 Liverpool, the visitors are likely to take a revenge from their midweek League Cup defeat.