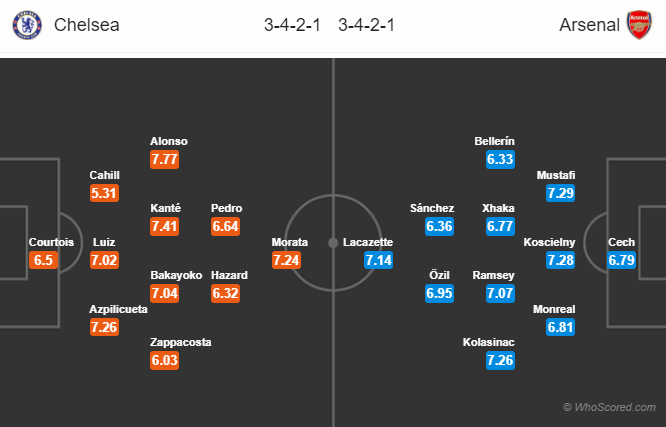 Team News:
Chelsea
Chelsea manager Antonio Conte could be bringing a major change in the starting lineup.
David Luiz, Tiemoue Bakayoko, Eden Hazard and Alvaro Morata all were rested in the Champions League game, they all are likely to be called back.
Danny Drinkwater is yet to make a debut for the Blues, he is struggling with a calf problem.
Davide Zappacosta had a great debut for Chelsea in the midweek, he scored a goal on his full debut. He could also be starting against Arsenal.

Arsenal
Arsenal remain without duo midfielders Santi Cazorla and Francis Coquelin. While Theo Walcott is doubtful through a calf injury.
Alexis Sanchez is back to his fitness after impressive performance in the Europa League.
Mesut Ozil and Danny Welbeck are both eyeing for a spot in the starting eleven behind striker Alexandre Lacazette.