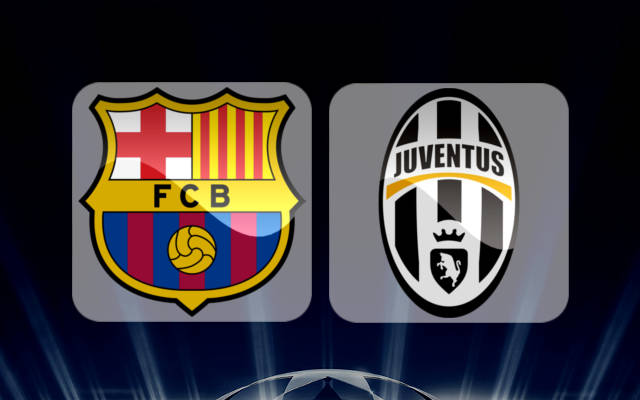 Team News:
Barcelona
Ousmane Dembélé is hoping to get a full debut against the Italian giants tomorrow.
Barcelona are not expected to make any big changes to the squad. Sergio Roberto could be recalled as Nelson Semedo is out through a knee injury.
Rafinha remains the only long term absentee.

Juventus
The visitors have many concerns ahead of their opening Champions League game. Juan Cuadrado is suspended for this game as he picked up a red card in the final last season.
Stephan Lichtsteiner and Marko Pjaca both are not included in the 25 men squad.
Alex Sandro and Benedikt Höwedes both are back but are not ready for first team action.
Giorgio Chiellini, Mario Mandzukic, Sami Khedira and Claudio Marchisio all remain out through injury.
Daniele Rugani, Andrea Barzagli and Medhi Benatia are eyeing to get a spot in the Max Allegri’s starting lineup. 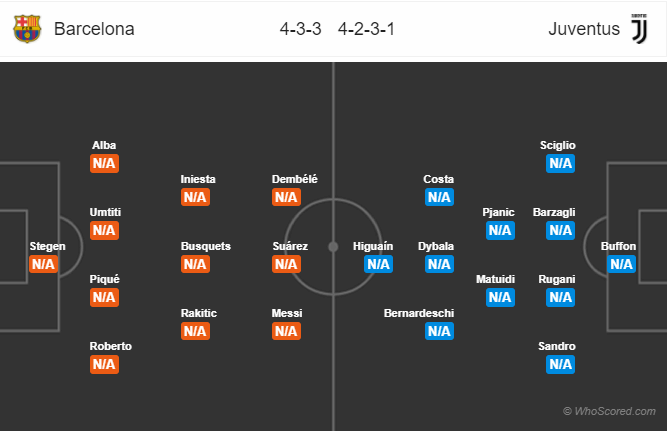 Predictions:
Barcelona 2 – 1 Juventus, Lionel Messi to score brace for the home side.