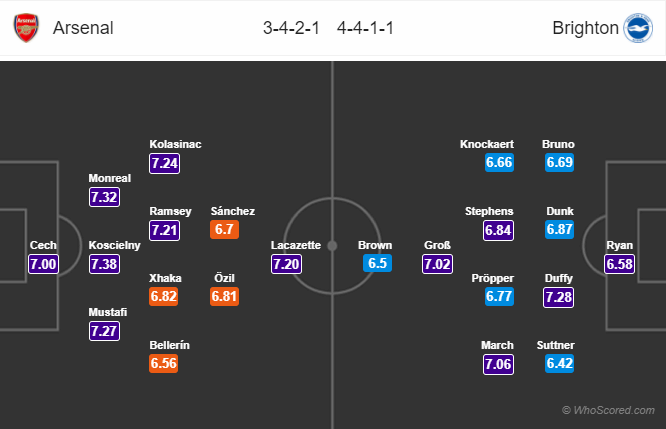 Team News:
Arsenal
Arsenal remain without Santi Cazorla, Francis Coquelin, and Danny Welbeck.
Jack Wilshere played full game against BATE Borisov in the midweek Europa League clash. He could be getting few minutes against Brighton.
Mesut Ozil is expected to return to the starting lineup, which may drop Aaron Ramsey to a deeper role.

Brighton
Tomer Hemed is unavailable through suspension. While Glenn Murray has returned to training but is lacking match fitness.
Beram Kayal, Sam Baldock and Steve Sidwell all remain on the sideline through injury.
Manager Chris Hughton is unlikely to make any big changes to the starting eleven. He will go with the similar lineup as of the last few games.

Predictions:
Arsenal 2 – 0 Brighton, an easy win for the host. Alexis Sanchez likely to break the deadlock with Aaron Ramsey to score in the second half.