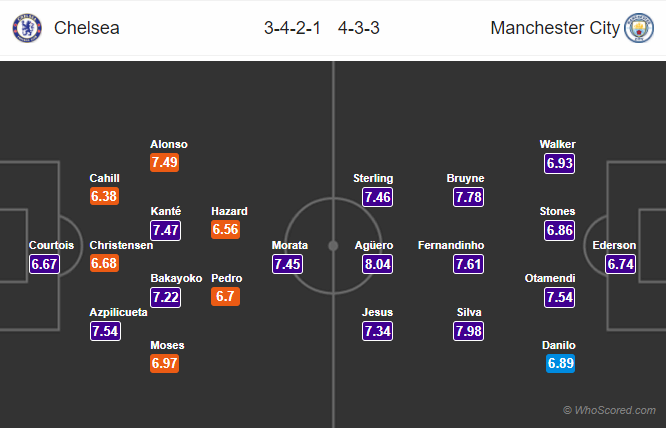 Team News:
Chelsea
Antonio Conte could be making few changes to the squad.
David Luiz is out through suspension for the Blues, Andreas Christensen will be starting at the heart of defense.
Danny Drinkwater remains sideline for the next few weeks, but Pedro could be recalled to the starting eleven after missing out Champions League clash in the midweek.

Manchester City
Benjamin Mendy is out through a knee injury, Fabian Delph could be given a start after his impressive performance in the recent game.
Ilkay Gundogan is back from his knee injury, he could start from the bench.
Vincent Kompany remains doubtful through injury.
Leroy Sane and Raheem Sterling both have been in exceptional form, Pep Guardiola will have a big problem while picking up his strike force.