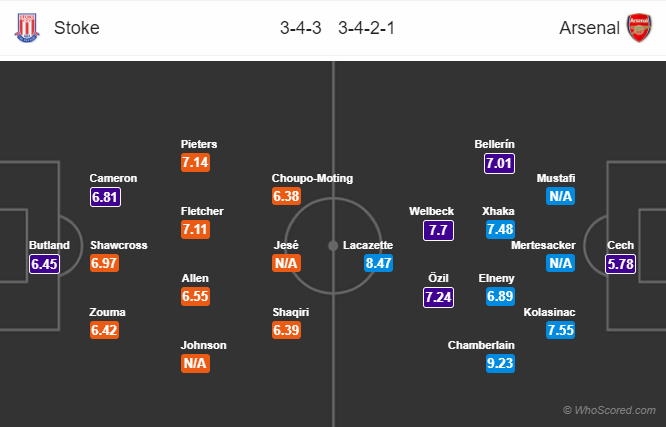 Team News:
Stoke City
Stoke City have recently completed the signing of Jese from Paris Saint-Germain on a one-year loan deal, he could be getting his debut against the Gunners.
Mark Hughes might change formation as he is likely to start with Eric Maxim Choupo-Moting.

Arsenal
Laurent Koscielny serves his final suspension this weekend.
Shkodran Mustafi and Per Mertesacker both are back to full training.
Rob Holding, Nacho Monreal and Sead Kolasinac were not that good against Leicester City, so Arsene Wenger might make a change.
Alexis Sanchez is still not fit, he is expected to return next week.
Francis Coquelin and Jack Wilshere both have returned to training but are lacking match fitness.
Santi Cazorla remains the only long-term absentee.

Predictions:
Stoke City 1 – 1 Arsenal, Aaron Ramsey on the scoresheet for the visitors.