Tottenham Hotspur are set to complete Davinson Sanchez transfer this week as the player is having a medical, as per SkySports.

Tottenham Hotspur are set to complete Davinson Sanchez transfer this week as the player is having a medical, as per SkySports. 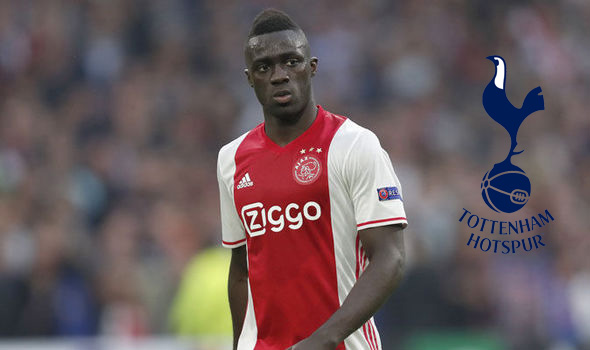 The latest reports have confirmed that Davinson Sanchez is in London to undergo medical ahead of his move to Tottenham Hotspur.

Spurs have not signed a player this summer, this will be their first signing and likely to be a club record deal.

On Friday, reports confirmed that Spurs will pay Ajax around £42million to complete the Colombian deal. Sanchez has reportedly penned a six-year contract.

The Colombia international thanked Ajax manager, coach, players and fans after playing a successful season at the Dutch side. Spurs boss Mauricio Pochettino is also very happy with this move.

The 21-year-old who has made two appearances for Colombia senior side will likely be taking part in next month Spurs' games.

Sanchez was the player of the year for Ajax last season, he was also targeted by Barcelona and Inter Milan, but both the clubs did not show that much interest in him.

He scored six goals in 43 appearances for Ajax during his one year of stay.