Manchester City have completed the signing of full-back Benjamin Mendy from Monaco on a five year deal. 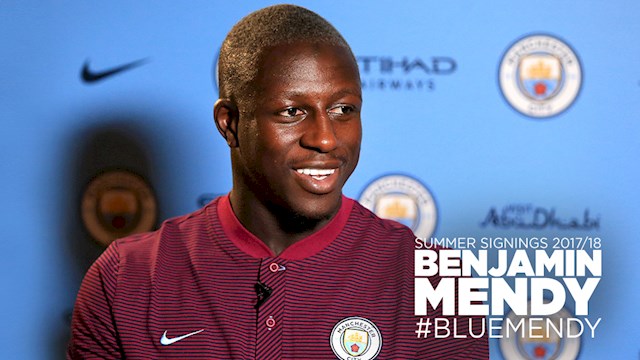 The Citizens have sealed Mendy from French giants AS Monaco for a fee around £49million, as per reports.

The Ligue 1 side were demanding more than £50million after seeing Man City record deal for Kyle Walker from Tottenham Hotspur.

Manchester City were looking to sign full-back this summer after the departure of Gael Clichy, Bacary Sagna and Pablo Zabaleta.

Mendy was on City’s radar for the past several months, Monaco rejected their initial bid earlier this week by saying that is way too low.

The 23-year-old has joined Manchester City on their pre-season tour to United States, he completed medical and agreed to personal terms in Los Angeles.

City also signed Danilo from Real Madrid earlier this summer. They have now spend more than £200million in the summer transfer market.

Mendy is highly rated left-back and could prove to be one of the best next season, according to director of football Txiki Begiristain.

Monaco signed Mendy from Marseille for £13million last summer, they made a huge profit in just a year.

City are now planning to make another bumper offer to Monaco for their striker Kylian Mbappe, as per SkySports.