Latest Transfer News from Premier League. Manchester City have agreed to sign Kyle Walker on a record fee from Tottenham Hotspur, according to latest reports.

Manchester City have agreed to sign Kyle Walker on a record fee from Tottenham Hotspur, according to latest reports. 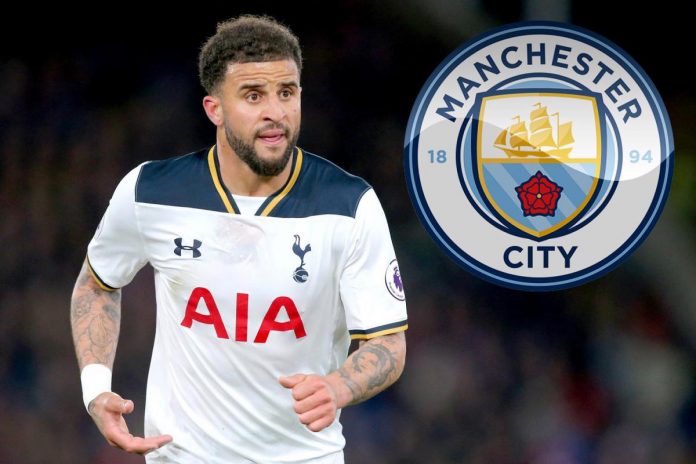 The Citizens have agreed to pay more than £50million for Walker which will make him the most expensive defender.

SkySports reported recently that manager Pep Guardiola is set to complete his third signing of this summer.

Man City have released their three full-backs Bacary Sagna, Gael Clichy and Pablo Zabaleta earlier this summer. Walker has been on City’s radar for the past several weeks as they have been keeping tabs on him as a replacement of Zabaleta.

The Englishman was a regular for Spurs last season, he made 39 appearances in all campaigns. The 27-year-old was also part of PFA team of the year for the second time.

Walker joined Spurs from Sheffield United, he made more than 200 appearances since his move in 2009.

Meanwhile, City are also planning to finalize the deal for Monaco full-back Benjamin Mendy. Both the clubs are currently negotiating over the possible deal for the left-back.

It is expected that both the players will complete the deals before the end of this week.