Liverpool have completed the signing of Andy Robertson from Hull City for a fee around £10million, according to SkySports.

Liverpool have completed the signing of Andy Robertson from Hull City for a fee around £10million, according to SkySports. 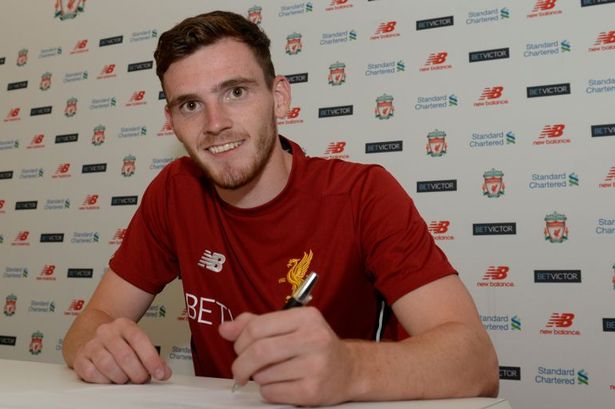 The reports revealed recently that both the clubs have agreed a transfer fee around £10m for the Scottish full-back.

Robertson passed medical and agreed to personal terms few days ago, he has now signed a long term deal at the Merseyside club.

The 23-year-old will be directly entering the starting eleven as Liverpool have been struggling with the left-back role. James Milner played last season on left-back position, despite of being a midfielder he was quite well.

The Scotland international made 115 appearances for Hull City during his three years of stay at the club.

Meanwhile, Hull City have signed holding midfielder Kevin Stewart from Liverpool, this deal is not a part of Robertson's deal.

Stewart has been at Liverpool for the last several years but did not impress enough to make a break through, he will now get more chances at the Tigers.

Liverpool signed Stewart from Tottenham Hotspur in 2014, he made only 20 appearances for the Reds during his three years of stay.