Latest Premier League Transfer News. Everton are set to sign defender Michael Keane from Burnley in the next few days, according to SkySports.

Everton are set to sign defender Michael Keane from Burnley in the next few days, according to SkySports. 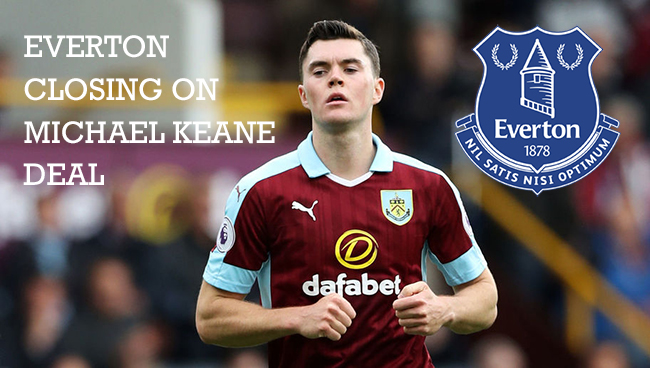 The Toffees are in advanced talks with Burnley over the possible summer move of center-back Michael Keane.

The defender has been on Everton’s radar for the past few weeks. He is also keen to join Everton.

Keane who joined Burnley from Manchester United two years ago has one year left on his current contract.

The 24-year-old is in fine form, he was regular for Burnley last season, played 35 Premier League games last term. He was also called for the England squad as a replacement of Glen Johnson last year.

Everton have signed Jordan Pickford and Davy Klaassen so far, they have also reportedly agreed to sign Nigerian striker Henry Onyekuru frm KAS Eupen. Though the striker would be spending a season away from Everton on loan due to work permit issues.

It is expected that Everton will complete Kean move in the next few days and could also be announcing Josh Bowler deal from Queens Park Rangers.

Everton have planned to sign few more new faces this summer apart from these, they are eyeing to strengthen their side.