Arsenal are being linked with top players for the summer move including Lyon striker Alexandre Lacazette and Barcelona midfielder Arda Turan. 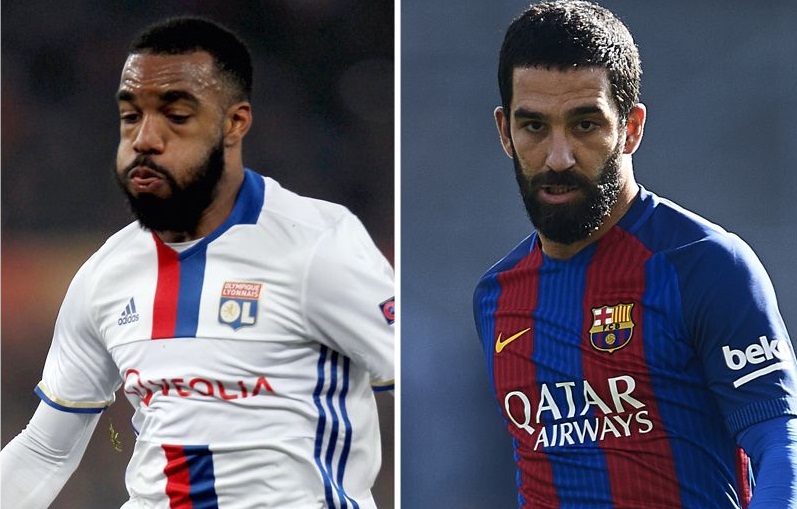 The reports have linked Arsenal with several top players including Kylian Mbappe, but the Monaco forward is likely to join Real Madrid, according to Daily Mail.

Now Arsenal boss Arsene Wenger is keen to bring Lacazette from Lyon to Emirates Stadium who has previously said that Champions League football is not a priority.

The French striker has been on several Premier League clubs radar for the past few year, but due to high demanding fee, no one sealed his deal. Now, Wenger is trying to make the most of his French relation to seal his deal.

Meanwhile, Arsenal have targeted Barcelona midfielder Arda Turan, they are preparing a bid around £26 million for him, as per Marca reports.

The Turkish midfielder is set to leave the club as Barca have put him up for sale. With Barca interest in Arsenal full-back Hector Bellerin, the Catalans could include Turan in their offer for Bellerin.

Also, Italian giants Juventus have joined the race to sign Bellerin as a replacement of Dani Alves who could be leaving the club for either Manchester or Chelsea, as per Daily Mirror.


Arsenal are confident that Bellerin will stay and have told he will not be sold this summer. Lets see what happens, keep updated with latest transfer news.