North London side Arsenal are set to complete the signing of CSKA Moscow midfielder Aleksandr Golovin, according to Russian reports.

North London side Arsenal are set to complete the signing of CSKA Moscow midfielder Aleksandr Golovin, according to Russian reports. 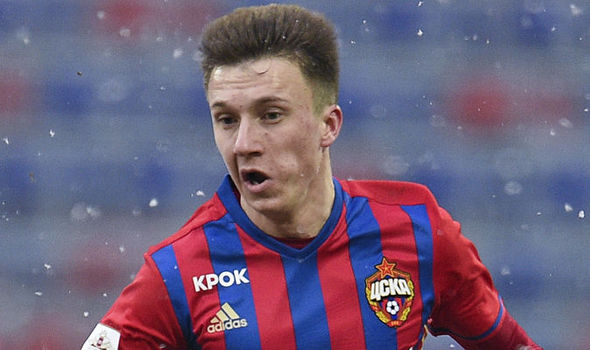 The Gunners have been surprisingly keeping tabs on Golovin for the past few months, they are set to surprise the fans.

The Russian reports confirmed recently that the 21-year-old will sign for Arsenal but will spend another season at CSKA on a loan deal. Arsene Wenger is planning to sign Golovin as a future star, the player will still compete in top competitions in Russia.

Arsenal are discussing the transfer fee with the Russian side over the possible deal, the English side are keen to seal the deal for a fee around a £10 million.

Arsenal scout in Russia Pavel Kucherov has told that Golovin is young and inexperienced, he needs a season before moving to Arsenal.

Kucherov was also surprised because the things remained private and the media were not aware of this deal.


Arsenal fans are still hoping that the Gunners will sign Monaco star forward Kylian Mbappe this summer and Olivier Giroud can play a vital role in convincing his France teammate.