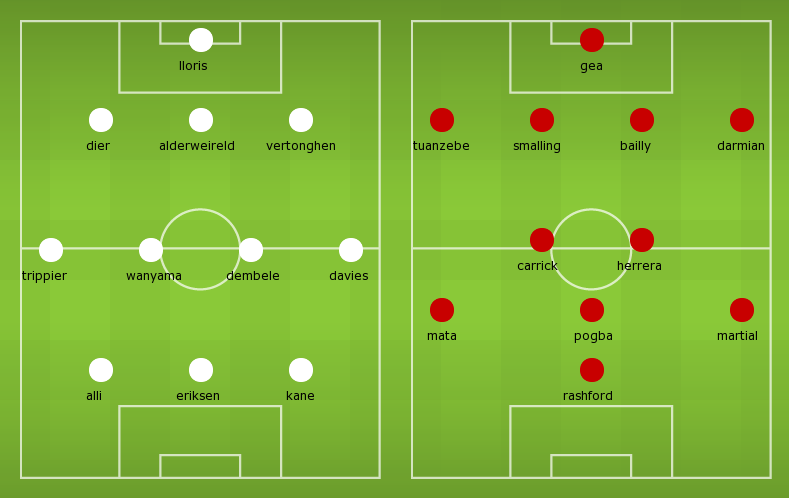 Team News:
Tottenham Hotspur
Spurs remain without trio Cameron Carter-Vickers, Harry Winks and Erik Lamela.
Danny Rose is doubtful through a minor injury, he is expected to return.
Home side boss Mauricio Pochettino is expected to started with a 3-4-3 formation, with Kieran Trippier and Mousa Dembele getting a starting node.

Manchester United
Marouane Fellaini who scored a goal against Celta Vigo in Europa League yesterday is unavailable in the Premier League through suspension.
Ashley Young, Zlatan Ibrahimovic, Luke Shaw and Marcos Rojo all remain on the sideline through injury.
Eric Bailly is expected to start alongside Chris Smalling at the heart of defence.
Axel Tuanzebe could also get a start at the right-back role.

Prediction:
Tottenham Hotspur 2 – 1 Manchester United
The home side are likely to dominate the game.
Manchester United have been in poor form in the Premier League they are expected to concede goals easily.