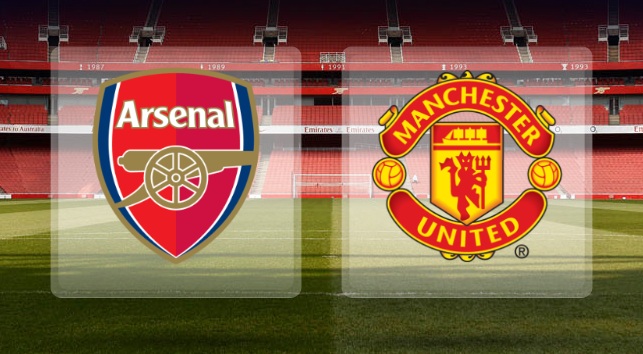 Team News:
Arsenal
Arsene Wenger could be making some minor changes to the lineup. Granit Xhaka has been ruled out with an ankle injury. While Shkodran Mustafi is back to training and is expected to take his place in the lineup.
Lucas Perez has picked up another injury, he will be unavailable for this game.
David Ospina is back from injury and will be part of the squad.
Alex Oxlade-Chamberlain is likely to continue ahead of Hector Bellerin on the right wing back role.
Olivier Giroud is likely to get the front seat ahead of Danny Welbeck.

Manchester United
Jose Mourinho has many players on the sideline through injuries and suspension.
Marcus Rashford who scored the winner against Celta Vigo yesterday has picked up a minor injury which makes him doubtful for this game. Zlatan Ibrahimovic is already out which means Wayne Rooney is expected to take the striking role.
Marouane Fellaini is still unavailable through suspension.
Ashley Young is out through a hamstring injury suffered against Celta Vigo.
Phil Jones and Chris Smalling are likely to partner at the heart of defence. 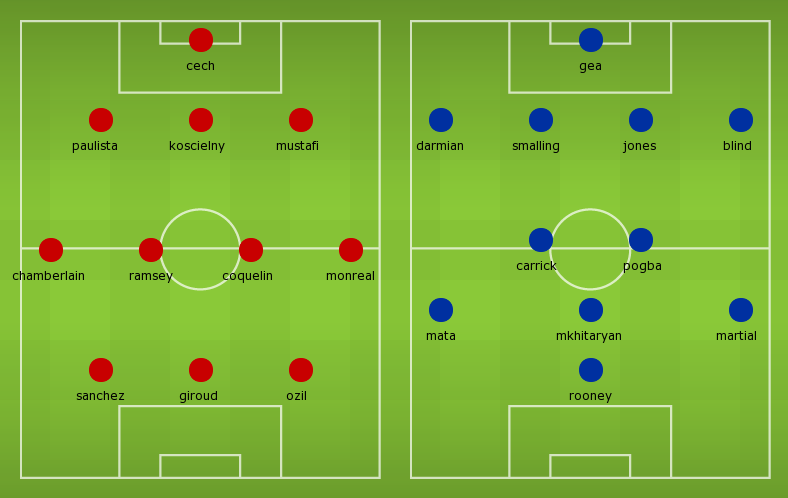 Prediction:
Arsenal 2 – 1 Manchester United, Alexis Sanchez to score for the home side.