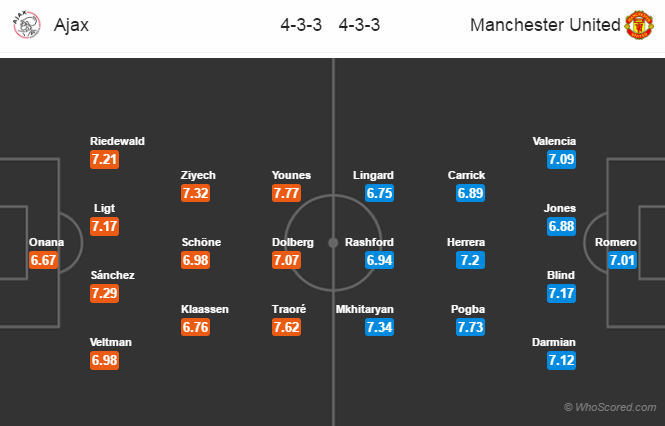 Team News:
Ajax
Nick Viergever is unavailable for the final game through suspension. Matthijs de Ligt is likely to start alongside Davinson Sanchez at the center of defence.
Daley Singraven has been ruled out through fitness issues, Jairo Riedeweld will take the full-back role.
Ajax are likely to start with a similar lineup as of semifinal game.

Transfer Season is about to start! Dont Miss! Download FootyFeedy for Reliable Transfer News!
Manchester United
Manchester United boss Jose Mourinho has a lot to concern with, Eric Bailly is suspended which means Phil Jones is likely to start at the heart of defence.
Chris Smalling and Marouane Fellaini both are doubtful. While Ashley Young, Zlatan Ibrahimovic and Marcos Rojo all are ruled out through injury.
Paul Pogba, Ander Herrera and Michael Carrick all are likely to start in the midfield.