Arsenal latest transfer news. Arsenal have reached a £6.8million agreement with Belgian side side Eupen for the signature of their highly rated and well sought after attacker Henry Onyekuru.

SkySports are hardly wrong. Most times when they say SkySports sources understands, it means there is very good chance a deal is going to be done for a particular player. This time it is Arsenal. According to SkySports, Arsenal have reached a £6.8million agreement with Belgian side side Eupen for the signature of their highly rated and well sought after attacker Henry Onyekuru. 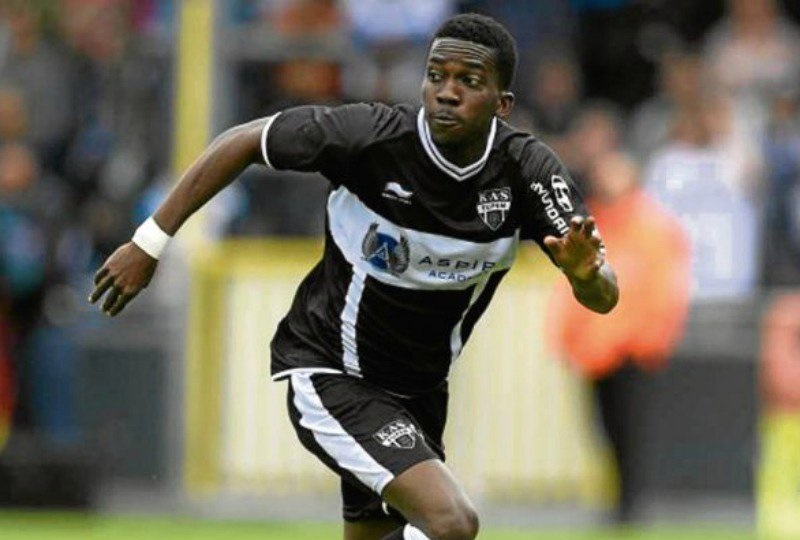 Henry Onyekuru who can play anywhere in attack was first linked with Arsenal about three weeks ago but if you believe SkySports, the deal has now been agreed and all that's left is for the player to pass a medical and become a Gunner.

To further give credence to the reports by SkySports, Daily Mail are also claiming Arsenal have a deal in place with the Belgian side for the signature of the Nigerian. Mail reckons the transfer fee has been agreed and all that’s left is for the player to agree personal terms with the Gunners. And if it is true that terms on how much will exchange hands and when what will be paid has been agreed, then it is only a matter of time before Arsenal announce the signing of the Nigerian.

Ordinarily, Arsenal fans will want to see the clubs sign a big name player but let’s be honest, if Henry becomes half as good as his namesake who is an Arsenal legend, then no one will complain especially considering the amount of money involved here.

With reports claiming Arsenal manager Arsene Wenger has put pen on paper on a new two years deal, I would be surprised if this is true. It is obvious Arsenal are working hard to make the announcement of two or three new signings, they are waiting for Wenger’s deal announcement.

This in my opinion is to pacify the majority of Arsenal fans who will not be happy that Wenger has signed a new contract. Vast majority of Arsenal fans want Wenger to leave but realistically, what the board has done is the best as if Wenger was to leave, the club ought to have made the decision in March. Letting him go now and starting the search for a new manager will be foolish especially as plans now should be what will be done in the summer transfer window.


And by announcing Wenger’s contract and almost immediately announcing the signing of two or three players, the club will have done much to pacify the fans. Already various reports have it that Arsenal have agreed deal to sign Schalke 04 left back Sead Kolasinac on a free transfer and we know, Wenger likes free transfer deals.