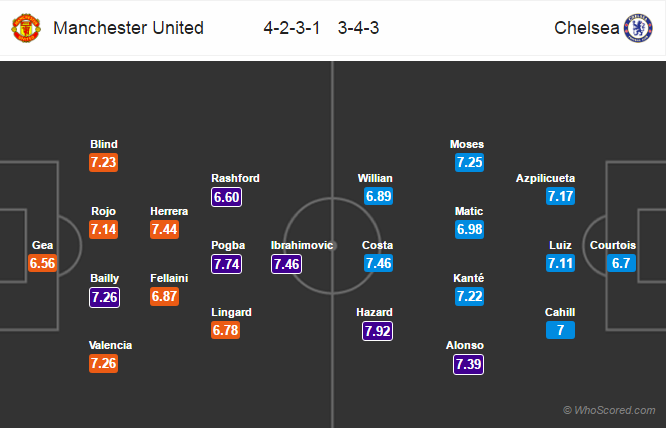 Team News:
Manchester United
David de Gea is expected to return after missing out last two games for Man United.
Wayne Rooney who was not part of Europa League squad is also likely to return. While Ashley Young is doubtful through fitness issues.
Chris Smalling and Phil Jones both remain on the sidelines, which means Marcos Rojo and Eric Bailly will continue.
Ander Herrera is likely to take a starting role alongside Marouane Fellaini. While Juan Mata remains out through injury.

Chelsea
Chelsea manager Antonio Conte is free from injury and suspension concerns, he has a full fit squad to choose from for this game.
He will decide between Nemanja Matic or Cesc Fabregas and Pedro or Willian for the starting roles.

Prediction:
Manchester United 1 – 1 Chelsea, Eden Hazard on the scoresheet for the visitors.