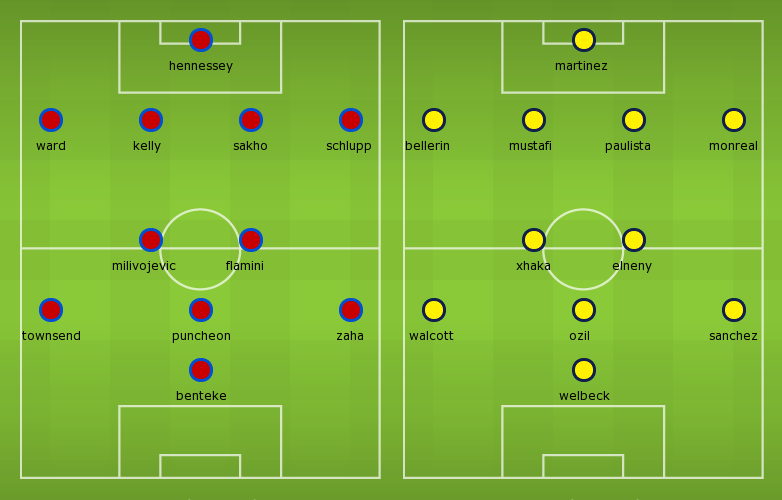 Team News:
Crystal Palace
The home side have eleven players to concern with ahead of this game. James Tomkins, Jonathan Benteke and Scott Dann all remain on the sideline through injury.
Patrick van Aanholt has failed to recover from ankle injury, Jeffrey Schlupp will keep his spot at the full-back role.
Mathieu Flamini will be starting against his former side as Yohan Cabaye is ruled out through injury.
Loïc Remy and Pape Souaré both are back to training but are not ready for first team action.


Arsenal
Arsenal remain without duo Petr Cech and David Ospina which could see Emiliano Martinez on goal once again.
Laurent Koscielny is doubtful through a minor injury, Gabriel Paulista is expected to keep his place.
Mohamed Elneny is also expected to start after an impressive midweek game against West Ham United.
Arsene Wenger is unlikely to make any big changes in the squad for this clash.

Prediction:
Crystal Palace 1 – 1 Arsenal, Christian Benteke to score a goal for the home side.