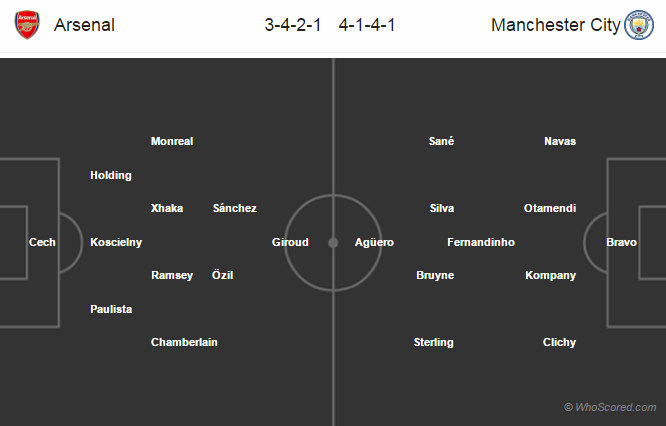 Team News:
Arsenal
Arsene Wenger could start with a similar formation as of last game against Middlesbrough, the French man played with three defenders and said after the win that he could consider this formation against the Citizens.
Shkodran Mustafi is out through a thigh injury while Danny Welbeck is doubtful through fitness issue.
David Ospina, Santi Cazorla and Lucas Perez all remain on the sideline through injury.
Hector Bellerin who was dropped in the last game could return back to the starting lineup.

Manchester City
John Stones remains out through injury, he could also miss the next week Premier League Manchester Derby.
Gabriel Jesus has returned from foot injury and will be part of the squad.
Yaya Toure could be dropped to bench as the boss would be looking to fit Raheem Sterling, Kevin de Bruyne, Leroy Sane and David Silva all in the starting lineup.
Claudio Bravo has regained his starting spot, he could continue once again.