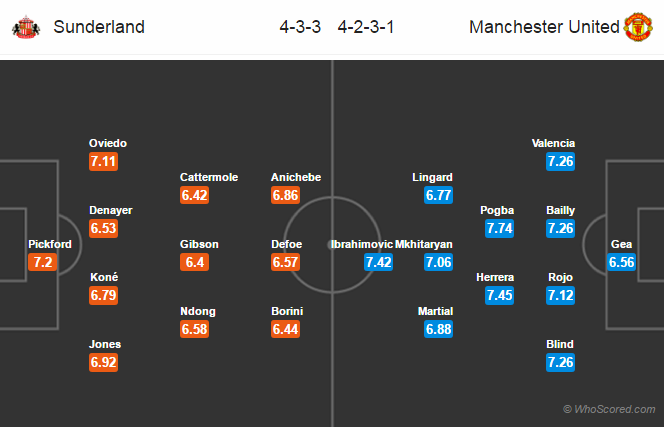 Team News:
Sunderland
Adnan Januzaj is ineligible to play against his parent club.
John O'Shea remains a doubt once again, he missed the last game due to personal reasons.
Lee Cattermole was back after seven months earlier this week, he is expected to start this game.
Victor Anichebe is also back but will not be able to play full game, according to boss David Moyes.

Manchester United
Paul Pogba returned back after three weeks from his injury against Everton, he is expected to keep his place.
Wayne Rooney remains on the sidelines through ankle injury, he also missed last game against Everton.
Phil Jones, Chris Smalling and Juan Mata all are out through injury.
Henrikh Mkhitaryan and Anthony Martial both are expected to return to the lineup while Marcus Rashford might be dropped out.
Antonio Valencia will be back after resting out in the midweek.