Team News:
Real Madrid
Gareth Bale has been ruled out for the second leg, according to boss Zinedine Zidane. Isco is likely to take the starting role in the absence of the Welshman.
Duo defenders Raphael Varane and Pepe also remain on the sideline through injury.

Bayern Munich
David Alaba is likely to take the center-back role as Javi Martinez picked up a red card in the first leg while Mats Hummels is still out through injury. Juan Bernat could be starting on the full-back role.
Robert Lewandowski who missed the last game is likely to return for this leg. 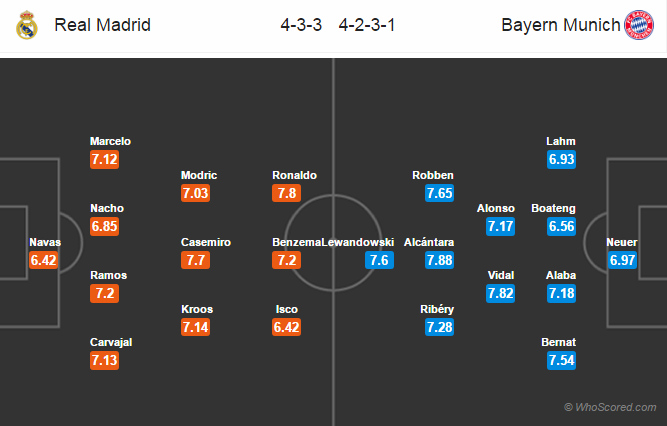