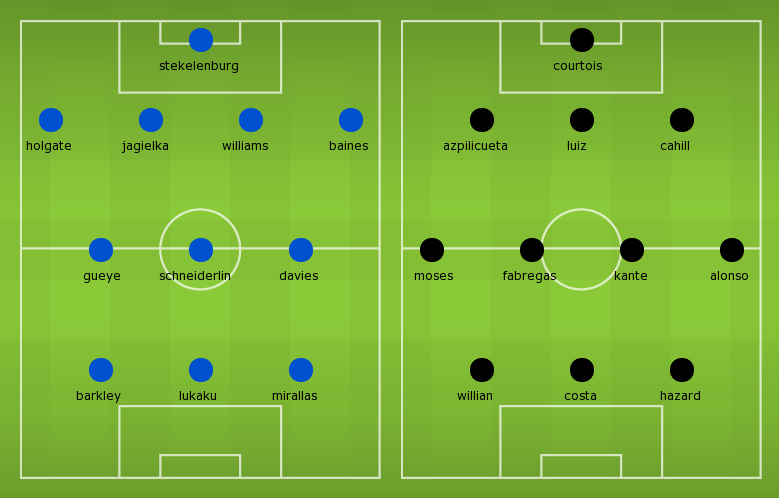 Team News:
Everton
Ronald Koeman is expected to start with the same lineup as of last game as several players including Aaron Lennon, Yannick Bolasie and Seamus Coleman remain out on the sideline through injury.
Maarten Stekelenburg who returned to lineup in last game could keep his spot.
Muhamed Besic has returned but is not fully fit to play.

Chelsea
Antonio Conte remains without any injury or suspension concerns ahead of this game.
Willian or Pedro both are eyeing for a spot, the former is likely to get a start.
The rest lineup is expected to be same as of last game against Southampton.

Prediction:
Everton 2 – 1 Chelsea, tough game for the league leaders.
Chelsea are currently four points above second placed side Tottenham, a win for Everton would give a big chance to Spurs to close the gap. However, that depends on the game between Tottenham and Arsenal which will be played later that day. Read Preview