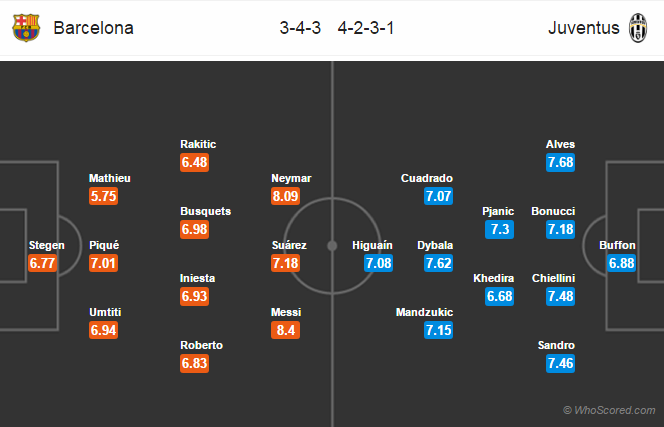 Team News:
Barcelona
Sergio Busquets returns from suspension after missing out first leg.
Boss Luis Enrique will be eyeing for another great comeback, he will be starting with the same lineup as of second leg against PSG.
Javier Mascherano is doubtful through injury.
Neymar, Ivan Rakitic and Gerard Pique all are one booking away from suspension.

Juventus
Paulo Dybala picked up a minor ankle injury at the weekend but is expected to be fine.
Manager Max Allegri is likely to start with the same lineup as of first leg that destroyed Barcelona.
Juan Cuadrado is just one booking away from suspension.

Prediction:
Barcelona 2 – 1 Juventus, the home side are likely to win this game but will not be able to qualify for the semi-finals. Barcelona likely to dominate the game with Lionel Messi and Luis Suarez on the scoresheet for the home side.