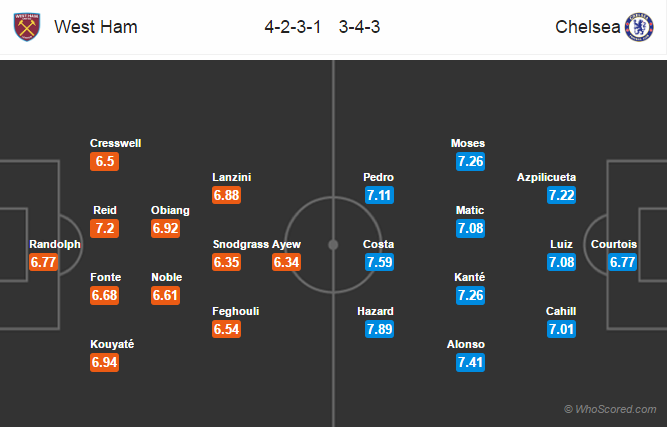 Team News:
West Ham
Michail Antonio is suspended for this game as he picked up a red card in the last game.
Álvaro Arbeloa and Håvard Nordtveit both are back to training but are not fit for first team action.
Andy Carroll is recovering from a groin problem, he is expected to make a comeback.
Angelo Ogbonna, Gökhan Töre and Diafra Sakho all remain on the sideline through injury.

Chelsea
Boss Antonio Conte has no injury or suspension concerns ahead of this game. He has a fully fit squad to choose from.
Conte could be making some changes to the starting lineup, Nemanja Matic could be called back.
Pedro and Willian both will fight for the starting role in the attack.

Prediction:
West Ham 1 – 1 Chelsea
The home side are likely to score the opener.
Diego Costa to equalize in the second half.