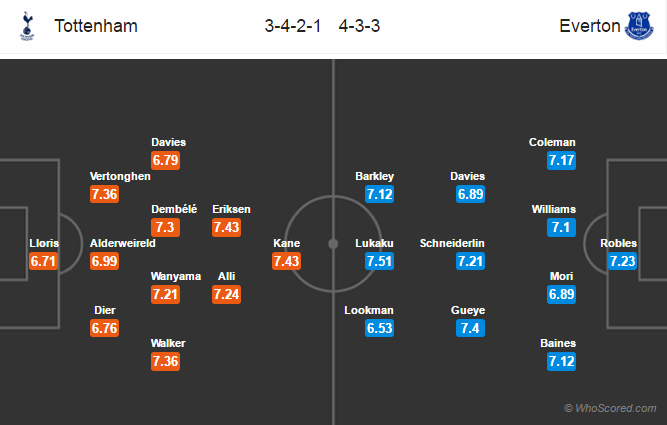 Team News:
Tottenham
Mauricio Pochettino could be without defenders Toby Alderweireld and Jan Vertonghen. They both are recovering from their fitness issues, they might make a comeback.
Danny Rose remains out through injury while Erik Lamela is not yet fit for first team action.
Pochettino could start with the same lineup that scored four goals against Stoke City last weekend.

Everton
The visitors remain without duo Yannick Bolasie and Muhamed Besic as both are out through long term injuries.
Dominic Calvert-Lewin remains doubtful with his foot injury.
Ronald Koeman is likely to start with a similar lineup as of last game against Sunderland.

Prediction:
Tottenham 2 – 2 Everton, the game will be tough and entertaining.
Harry Kane and Romelu Lukaku both are in great form, they are likely to be on the scorsheet.