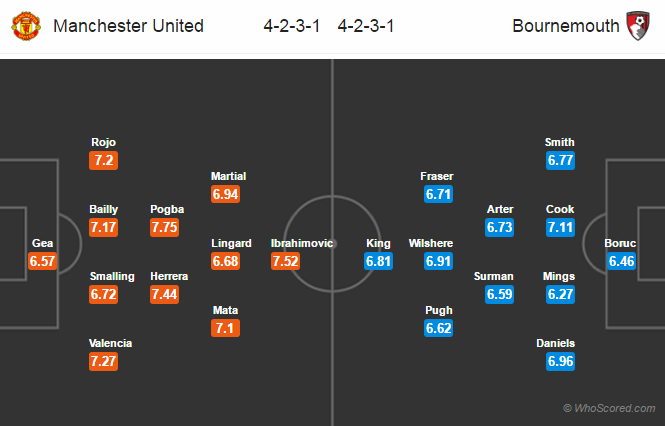 Team News:
Manchester United
Jose Mourinho’s only concern is of duo Henrikh Mkhitaryan and Phil Jones, however, the latter is expected to be back. Mkhitaryan will be assessed later this week.
Few changes are expected to be made after a great win over Southampton in the League Cup Final last Sunday. Michael Carrick could be introduced in the midfield.
Star performer Zlatan Ibrahimovic looked tired on the weekend but he is expected to be fine.

Bournemouth
Bournemouth remain without duo Callum Wilson and Adam Federici.
Jordon Ibe is having a doubt through a minor knee problem. While Simon Francis who missed last game against West Brom is expected to miss out once again through injury.

Prediction:
Manchester United 1 – 1 Bournemouth
The visitors are expected to give tough time to the Red Devils.
Zlatan Ibrahimovic is expected to score for the home side.