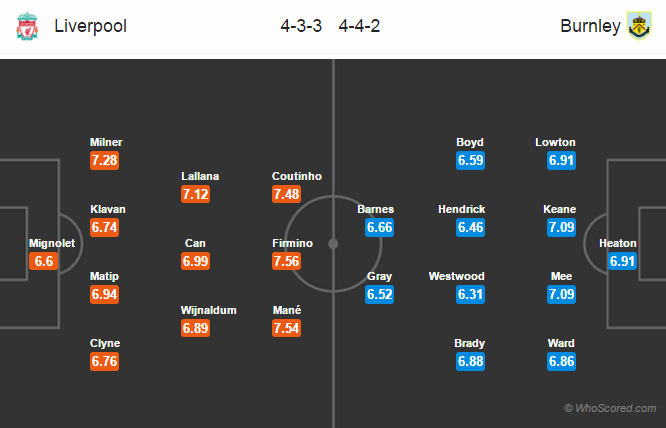 Team News:
Liverpool
Skipper Jordan Henderson is still a doubt through a foot injury.
Dejan Lovren returned from the knee injury last weekend, he was on the bench against Arsenal but now he is likely to return to the starting lineup.
Marko Grujic is still not ready for first team action.

Burnley
Joey Barton is out through a hamstring injury picked up last weekend against Swansea City.
Tom Heaton and Kevin Long are both back to training, the former is likely to return to the lineup.
Ashley Barnes is back after serving one game suspension.
Dean Marney, Steven Defour, Johann Berg Gudmundsson and Nick Pope all remain on the sideline through injury.

Prediction:
Liverpool 2 – 0 Burnley
Liverpool are likely to win this game easily despite of their poor form against lower positioned sides.
Sadio Mane to shine once again.