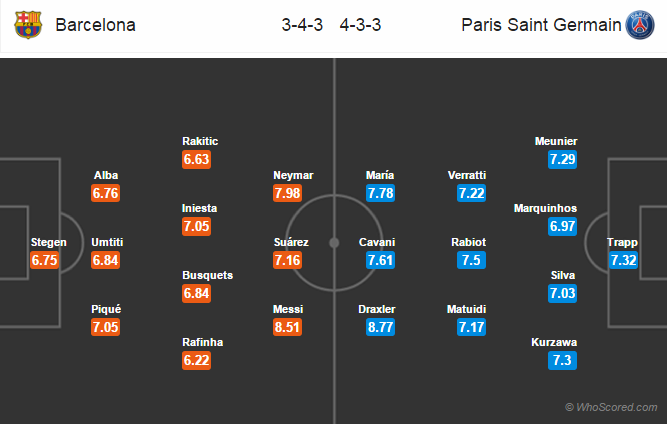 Team News:
Barcelona
Luis Enrique has two players on the sidelines through injury, Aleix Vidal and Jeremy Mathieu.
Sergio Busquets will be suspended for the next game if he picks yellow card.
Luis Enrique is likely to continue with a back three formation as he eyes for a sensational come back after a 4-0 defeat in the first leg.

Paris Saint Germain
PSG star Angel Di Maria is doubtful for this game, he is expected to return after taking a rest in the last league game.
Adrien Rabiot is also in doubt through illness.
Thiago Silva is back from his injury and will be replacing Presnel Kimpembe at the center of defense.
Marquinhos has returned but is struggling with fitness. He is one booking away from suspension.

Barcelona 2 – 0 PSG, a tough game. Barcelona to dominate the game but would not be able to score enough to qualify for next round.