Team News:
Arsenal
Arsenal remain without few players ahead of this big clash against Manchester City.
Petr Cech has been ruled out through injury. He has joined Santi Cazorla, Lucas Perez and Mathieu Debuchy on the sidelines.
While Kieran Gibbs is doubtful for this game.

Manchester City
Pep Guardiola remain without duo Ilkay Gundogan and Gabriel Jesus. However, he might welcome back several other players.
Kevin De Bruyne is doubtful through fitness issues. While Raheem Sterling is fully fit to start.
Bacary Sagna has recently picked up a hamstring injury. While Pablo Zabaleta is doubtful. Fernandinho could continue at the right-back role. 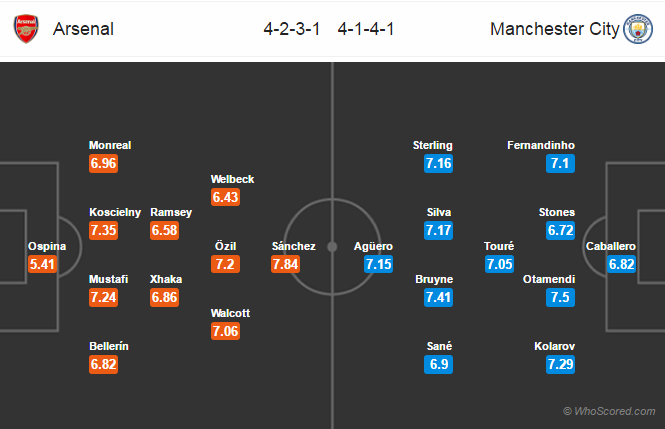 Prediction:
Arsenal 1 – 1 Manchester City, a tough game for both the sides.