Arsenal Exodus - Should Oxlade-Chamberlain Be Allowed to Leave?

This season appears to have evolved into something of a watershed in Arsene Wenger's career, after the Gunners have once again flattered to deceive on the grandest of stages. 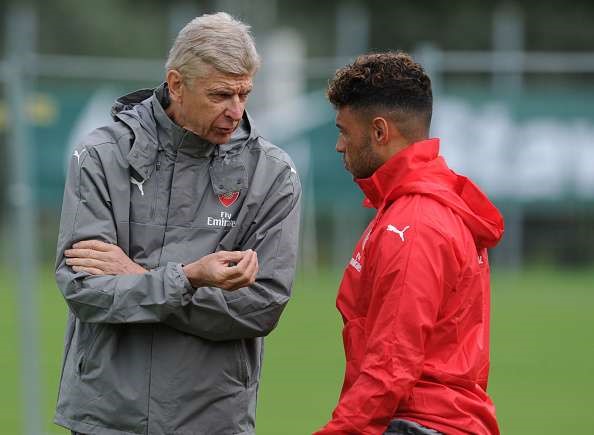 With Arsenal's Premier League title challenge having been ruthlessly ended by Chelsea and their Champions League tilt failing at the first knockout stage for the seventh consecutive year, the relationship between Wenger, the fans and the club's senior players appears to have reached the point of no return.

It is very likely that Wenger's Arsenal tenure will come to an end on 21st May. Within the betting community however, this is old news. Bookies are currently looking to entice punters to cash-in on the speculation. Consequently, free bet offers such as this are likely to remain popular up to the end of the season as the odds shorten on Wengers demise.

Will Wenger's Exit Trigger an Exodus?
Whether he leaves now or at the end of the season, however, there is a chance that Wenger's exit could trigger an exodus from the club. Arsenal's talisman Alexis Sanchez already appears to be disenfranchised with life at the Gunners, for example, while the mercurial playmaker Mesut Ozil has also suffered a significant dip in form as the season has progressed. Even accounting for the German's failure to deliver in the big games this season, the loss of these two world class performers would surely make a worrying statement about the club's future.

This is not all, either, with young England midfielder Alex Oxlade-Chamberlain also rumoured to be on his way out during the summer. This quick and powerful performer, who can play both in central midfield and on the wing, was one of several young, British players who were expected to serve as the heartbeat of the club when they joined forces in 2012. They have collectively failed to fulfill their potential, of course, while injury and the inability to command a regular place in the first team has also restricted the former Southampton player's progress.

Make no mistake; however, the departure of Oxlade-Chamberlain would arguably more harmful to the Gunners than either Sanchez or Ozil. At just 23, for example, he remains years away from reaching his physical and mental peak, while his raw talents make him ideally suited to thrive in the modern game. Losing an asset of this caliber and potential would be indicative of a club on the wane, rather than one that is simply enduring a transitional period.

The Last Word: Why Arsenal Should Strive to Keep Oxlade-Chamberlain
Few players boast the combination of pace and technique that makes Oxlade-Chamberlain such a special talent, while the young England star remains the type of hungry and driven performer that Arsenal will need to push them forward once Wenger has left. The board must therefore make the retention of Oxlade-Chamberlain one of the main priorities once a new manager has been appointed, no matter who sits in the hot-seat and takes the reigns from the accomplished Frenchman.

Much will depend on Chamberlain, however, who may well feel as though the departure of Wenger provides an opportunity to take on a new career challenge. There will certainly be no shortage of suitors for the midfielder, with Liverpool, Manchester City and Manchester United all reported to be keen on securing his services.