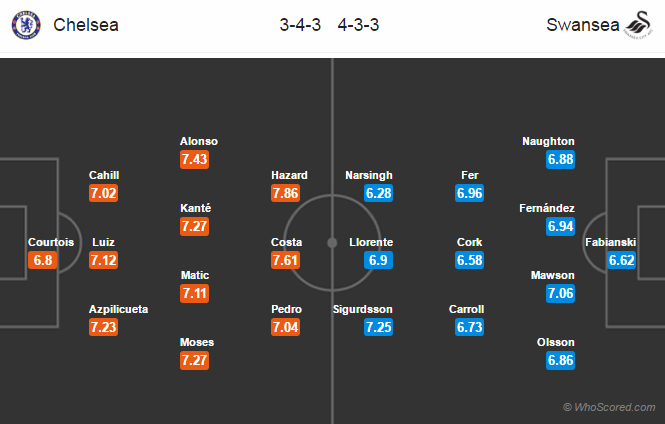 Team News:
Chelsea
Chelsea’s only concern is of goalkeeper Thibaut Courtois who has been suffering from illness. He remains doubtful for this weekend’s game.
Antonio Conte will stick to the same squad as there is no genuine reason to change.
David Luiz, Marcos Alonso and Nemanja Matic all will be recalled for this game after resting out last weekend.

Swansea City
Swansea City have four players on the sideline through injury. Jefferson Montero, Ki Sung-yueng, Leon Britton and Nathan Dyer all are confirmed to miss this game.
Dyer is out for the remainder of the season which means Luciano Narsingh will be having a chance to shine in his absence.

Prediction:
Chelsea 1 – 1 Swansea City, the home side are likely to drop points despite of their impressive winning streak at home.