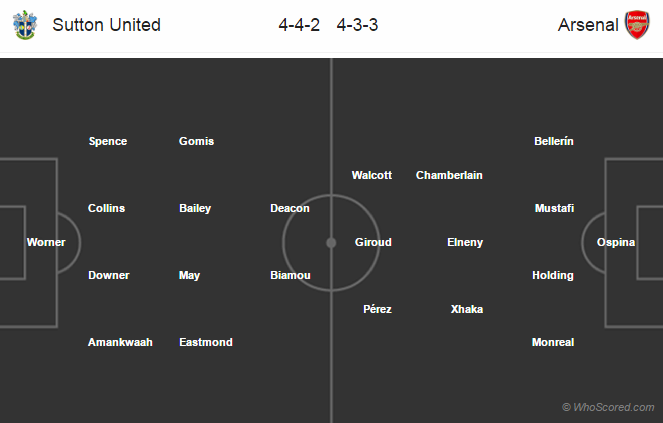 Team News:
Sutton United
Four former Arsenal players will be facing the London side for the first time.
Craig Eastmond has returned recently after completing his three match suspension.
The home side have no injury worries ahead of this game, they have a fully fit squad to choose from.

Arsenal
Arsenal remain without four players Mathieu Debuchy, Yaya Sanogo, Santi Cazorla and Aaron Ramsey.
Arsene Wenger is expected to start with a strong lineup after a poor game last week against Bayern Munich.
Laurent Koscielny is set to miss this game through injury.
Danny Welbeck is unlikely to be part of this game because of his recent return from long term injury.
Lucas Perez is back and is expected to start this game.
Olivier Giroud will be leading the front line.

Prediction:
Sutton United 1 – 4 Arsenal, an easy game for the visitors